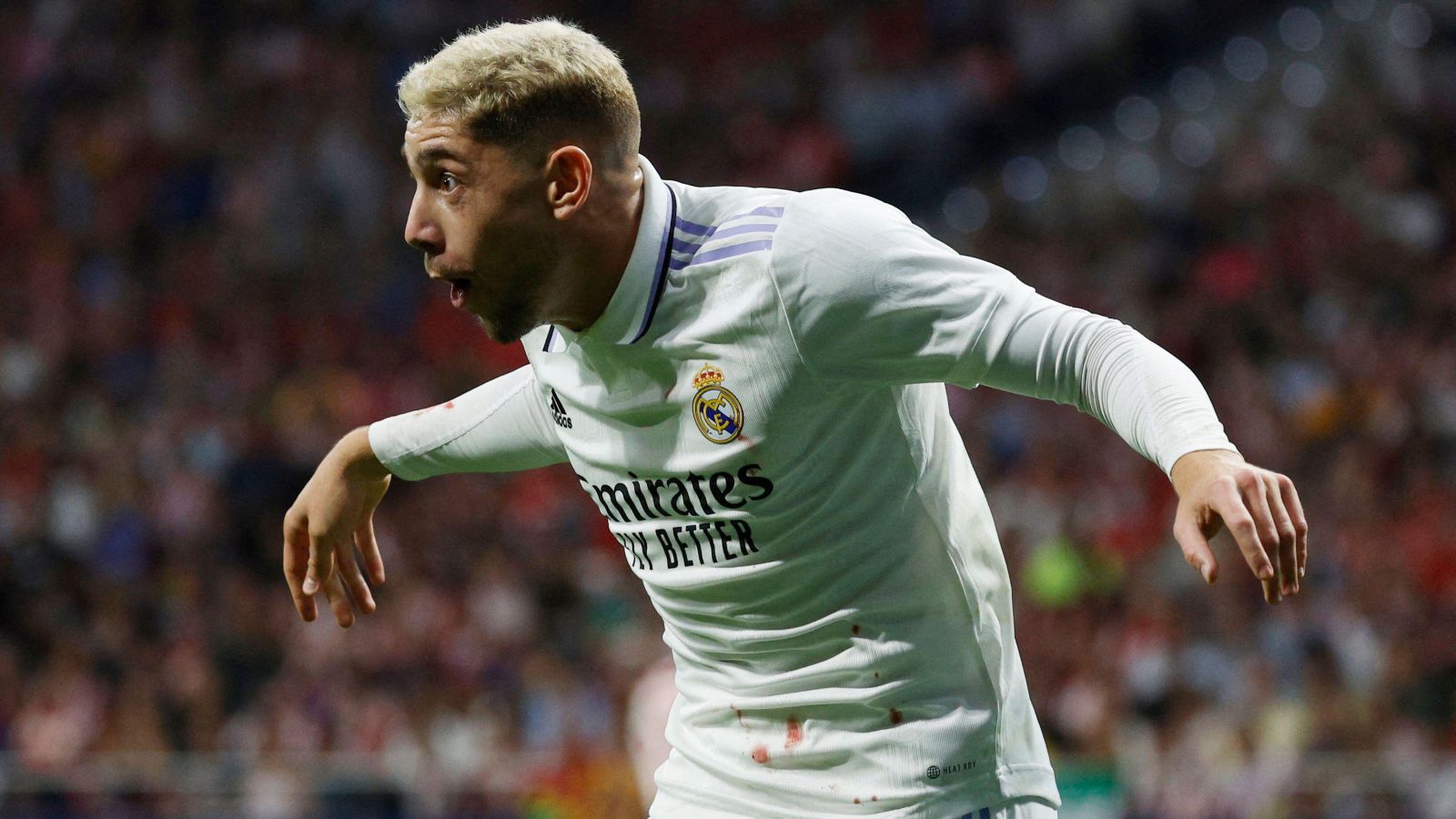 Real Madrid midfielder Federico Valverde is looking to ‘take advantage’ of interest from Liverpool to sign a new lucrative contract at the Bernabeu, according to reports.

It had seemed like the Reds had wrapped up all their transfer business early on the summe transfer market with the additions of Fabio Carvalho, Darwin Nunez and Calvin Ramsay.

However, a mixed start to the season couple with a growing injury list saw them bring in Juventus midfielder Arthur on loan until the end of the season on deadline day.

Liverpool were linked with a number of midfielders going into the last couple of weeks of the window, including Real Madrid’s Valverde.

It has been reported that the Reds made a late €100m attempt to sign Valverde in the final two days of the market with Los Blancos having no intention to sell their midfielder so late in the transfer window.

There have been some claims that Liverpool will ‘try again’ for the Uruguay international next summer but Spanish publication Nacional insist that Valverde ‘rejects’ the idea of a move to the Premier League side.

Valverde has gone from a rotation option over the last three seasons to a regular starter this campaign with Carlo Ancelotti putting him in his starting XI for five of six La Liga matches this term.

The 24-year-old has repaid Ancelotti’s faith by contributing four goals and two assists in all competitions with Liverpool boss Jurgen Klopp understood to be ‘amazed and in love with his incredible qualities’.

Real Madrid president Florentino Perez ‘did not even sit down to negotiate’ with Liverpool in the summer with it taking him ‘milliseconds to rule out this idea’.

Perez considers Valverde ‘indispensable’ and now the midfielder ‘wants to take advantage of’ the situation by demanding a new contract at the La Liga giants.

Liverpool were reportedly hit with another blow this week as their long-term target Borussia Dortmund midfielder Jude Bellingham favours a move to Real Madrid, while Chelsea owner Todd Boehly is also looking to ‘gatecrash the race’ for the England international.

And Klopp could now turn his attention to Inter Milan midfielder Nicolo Barella with Calciomercato reporting that the Serie A side will have to sell one of their best players next summer to balance the books.

Liverpool are one of the sides that want to buy Barella, with Tottenham also mentioned, and the Merseysiders are understood to have ‘concrete’ interest in the Italy international.