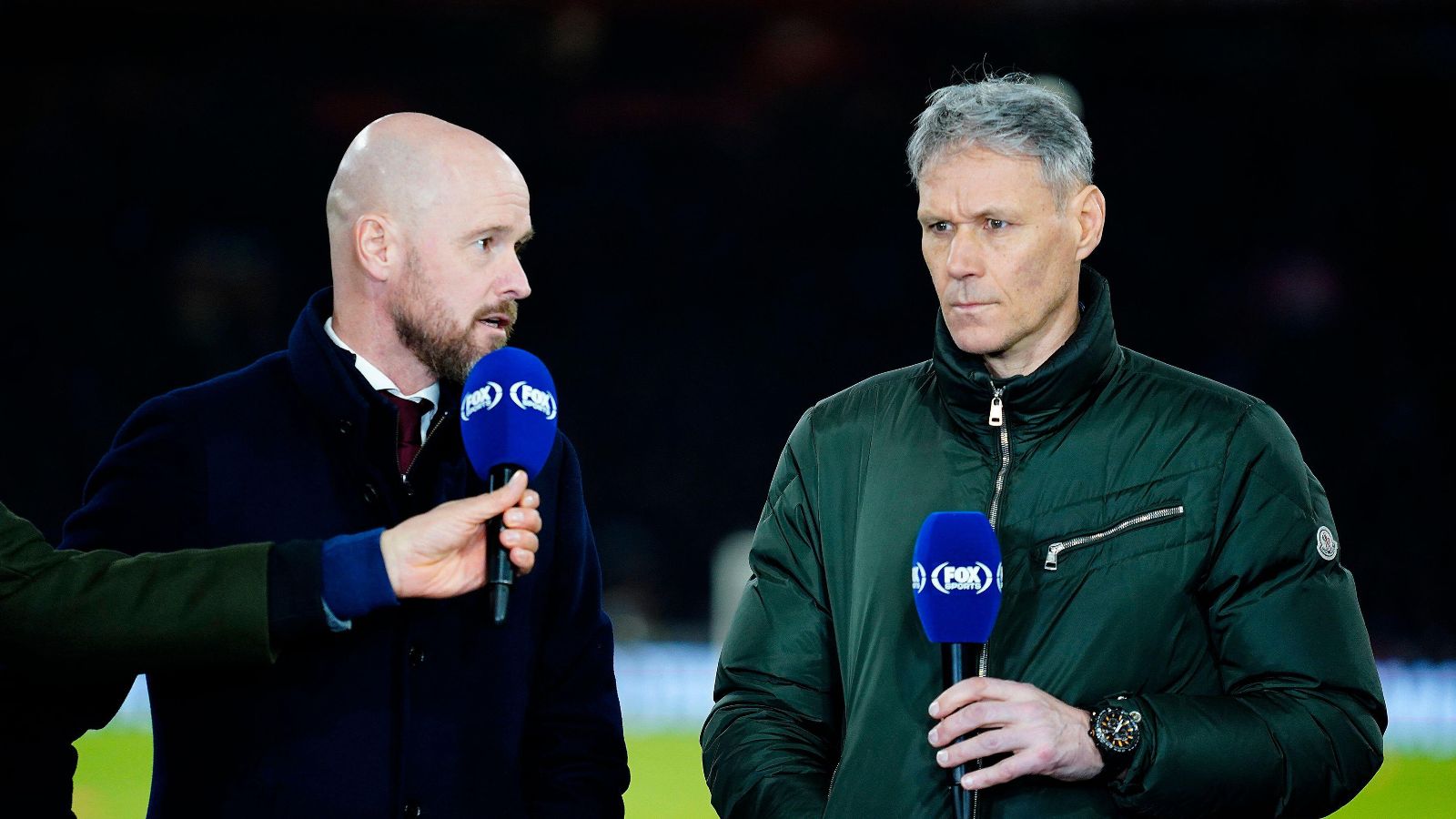 Marco van Basten believes there is a “huge difference” between Man Utd and Liverpool following United’s 4-0 loss at Anfield.

The 2021/22 campaign has been a torrid one for the Red Devils. On Tuesday night, they were hammered 4-0 at Anfield by Liverpool.

Man Utd currently sit sixth in the Premier League with five games to go. Ralf Rangnick is their interim boss.

It was revealed earlier this week that Ten Hag is set to be announced as United’s new manager. He has been Ajax’s boss since 2017.

“The difference between Liverpool and Manchester United at the moment is huge, they walked around like beaten people,” van Basten told Ziggo Sport.

“They are one of the biggest clubs in England but not one of them showed anything.

“Maguire passes the ball in the same way and thinks, ‘I don’t know, are you doing it?’

“They are not thinking about solutions, it’s unbelievable.

“This was really sad to see, at such a big club.”

“Wow. I hate to be negative about Manchester United but the fall from grace is unheralded.

“It’s never been seen before. It’s alarming but we’ve all seen it coming. A big, big rebuild needs to happen.

“It was embarrassing. I want to see some passion and desire. That game yesterday showed how far United are behind. You can go through it from No. 1 to 11 and it was poor.

“The whole team were a shambles. Every goal you can pick someone out. There was no awareness, the two full-backs Wan-Bissaka and Dalot not following their men.

“Maguire in no man’s land, not tight enough to the striker, not covering the run, in the middle of nowhere. People will say you shouldn’t single out people but it was embarrassing yesterday.”