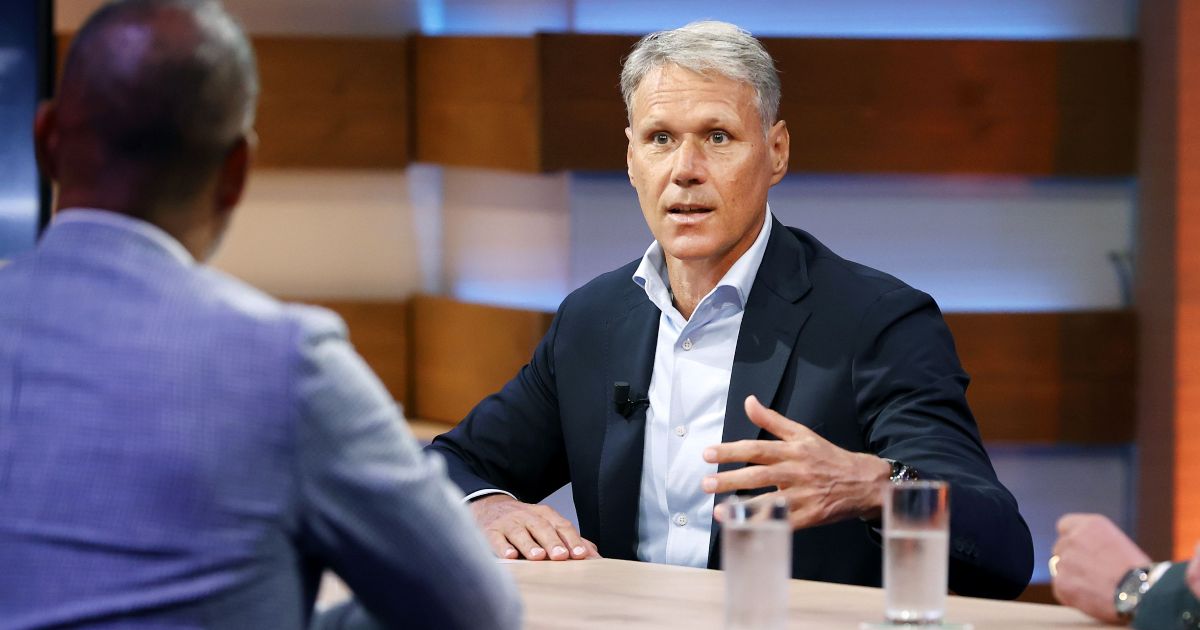 Dutch legend Marco van Basten claims his compatriot Donny van de Beek has shown that he is “not that good” during his time at Man Utd.

Van de Beek was limited to just four Premier League starts last season by the Red Devils boss Ole Gunnar Solskjaer, who used him a lot more in the domestic cups and Europe.

The Dutchman was linked with a move away from Old Trafford this summer but Man Utd and Solskjaer blocked a potential transfer to Everton.

Van de Beek will get another chance to impress at Man Utd this campaign but Van Basten doubts he will make a lasting impression as he’s “not that good”.

Van Basten told Voetbal Zone: “It just wasn’t smart choices. If you say you spoke to Real Madrid and then you go to Manchester United, you are betting way too high. Van de Beek is not that good.

“As number ten at Ajax it is much easier than as number ten in Spain or England. In the Netherlands you get a lot of help, you get opportunities, but that is not the case abroad.”

After admitting it was a “painful” debut season for Van de Beek, his agent Guido Albers claims that the 24-year-old is “happy” the club are showing “trust” in him.

Albers told talkSPORT: “Donny is happy with the fact the club has so much trust in him.

“But last season was really painful because he didn’t play much. He was ready for this. It’s about choices and timing, you have to accept. He signed a six year contract, but he wants to play.

“In the last few weeks he showed he is ready for the new season and he showed what the club likes to see. So we will see in the next few months whether the club will use him or not.

“Hopefully they will use him, if not we have to find other solutions. But I don’t think it is necessary.

“In the next months, it will be clearer that Donny can be a really good Man United player and please the fans who are supporting him all the time. He will succeed.”