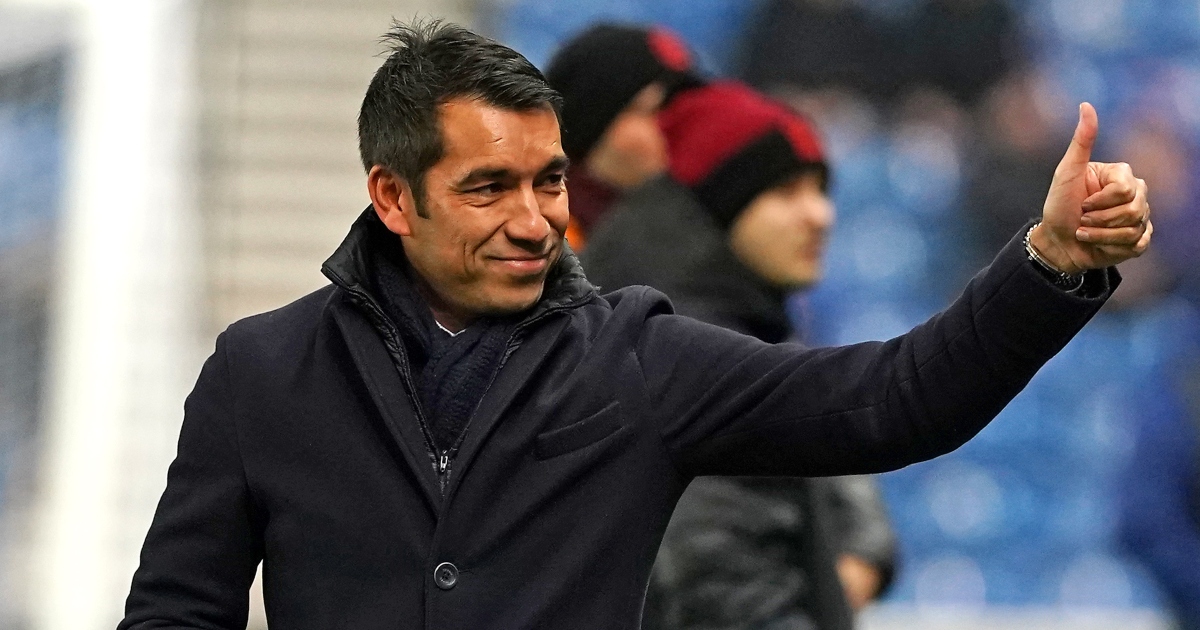 Giovanni Van Bronckhorst confirmed Rangers will have Joe Aribo, Calvin Bassey and Leon Balogun available for the clash with Celtic in January.

There were concerns that the Ibrox trio, if selected, would have to be released to Nigeria beforehand for the Africa Cup of Nations which begins in Cameroon on January 9 and therefore miss the first Old Firm game of 2022 at Parkhead.

However, ahead of the cinch Premiership game against Dundee United at Ibrox on Saturday, the Gers boss was adamant that they will be part of his squad for the trip to Celtic Park.

“For me it was already clear that we would release them if needed after the Old Firm game, so we have the full squad until we go into the winter break.”

As Covid issues begin to make an impact again in football and wider society, Dundee United head coach Tam Courts revealed “a couple” of players had tested positive for the virus this week

Van Bronckhorst, whose side are unbeaten in seven games since he took over as Ibrox boss with a chance to go seven points clear over Celtic at the top of the table, believes football should “go on” and said: “We will just have to wait on which team we will play tomorrow.

“Of course we know they have some issues with Covid and some players may not be available for tomorrow.

“But again it is still Dundee United we are playing against.

“No matter which players are on the pitch, the coach will have his normal way of playing but as I said before, we only concentrate on our own team and make sure that they are ready for whichever team they face tomorrow.”

The former Rangers player explained the photograph of him sitting taken with Celtic counterpart Ange Postecoglou in a cafe in Glasgow on Thursday.

He said: “We all live in the same area. I have met him a couple of times a the coffee shop.

“I was just having breakfast with Ross (Wilson, sporting director) and he came in with his wife. We had already met.

“We didn’t meet for lunch or breakfast or dinner, it was a coincidence.

“We spoke a little bit about the games we played and I left him with his wife, we were just finished.

“It looked in the picture like we were having a five-course meal and having fun. But it only lasted for one or two minutes.

“It is always nice because we are both managers of our clubs but we still enjoy being around the city with coffee or lunch. It is always good to say hello to a colleague.”