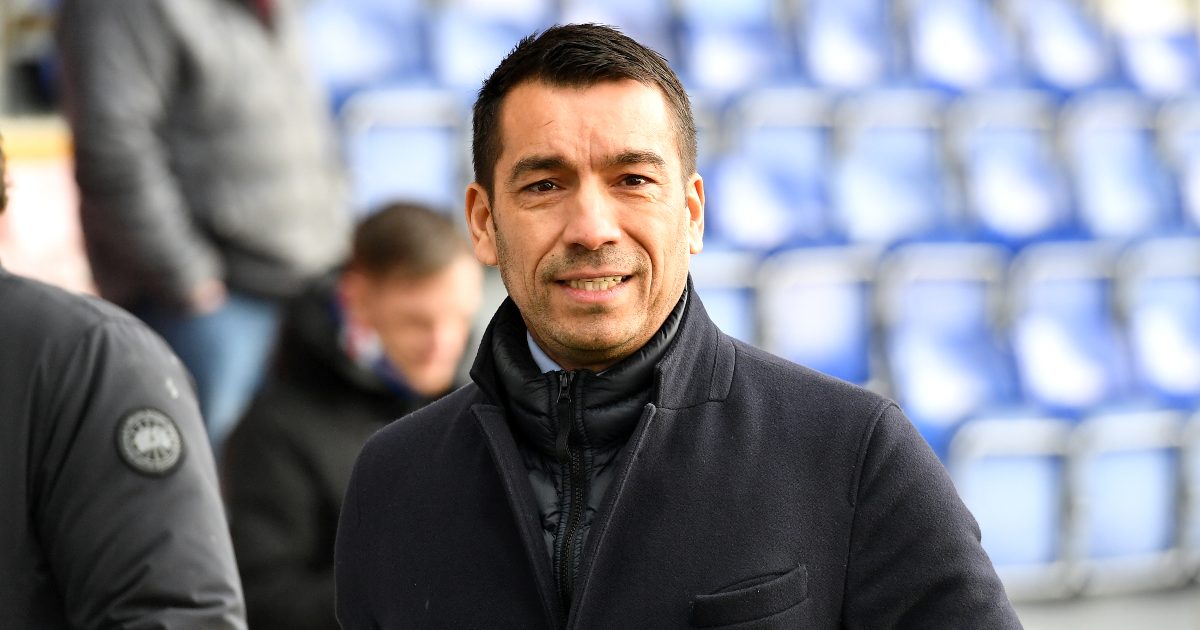 Rangers boss Giovanni Van Bronckhorst was pleased with his side’s “energetic” response to their loss to Celtic as they hammered Hearts 5-0.

Rangers lost top spot in the Scottish Premiership in midweek as they were heavily beaten 3-0 by Celtic. There was pressure on them heading into Sunday’s game against Hearts.

Alfredo Morelos scored a brace as they beat their rivals 5-0. Glen Kamara, Scott Arfield and Fashion Sakala also scored as Rangers closed the gap on Celtic to one point.

Wages, not ages, are limiting longevity for Auba, Ramsey and co

Van Bronckhorst, now looking ahead to the visit of Hibernian on Wednesday night, told Sky Sports Scotland: “I’m very pleased. Of course, it’s a big win for us, especially with the way we won today and the attitude we showed from minute one.

“It’s a good reaction and I’m really happy that we won this game.

“You could see we knew what to do from minute one. That showed a reaction and helped us get back to winning ways.

“The way we play was very good, very energetic.

“Also with the subs we could bring on, we could still keep the quality and the threat all over the pitch.”

On the increasing pressure of the title race, the Dutchman stressed the importance of consistency.

He said: “If we keep this energy and determination every game then we’re going to have a good chance.

“We have to make sure we keep winning game after game.

“We’re happy with the performance now and of course the three points because that’s vital at the moment.

“We’ll now work hard to be ready for Wednesday.”

Morelos was named sponsors’ man of the match and the Gers boss said: “Of course we know his qualities. We know what he can bring to the team – a lot of threat up front, especially with his movement.

“We knew he was going to give us that bit extra up front to be dangerous and he showed that today again.”

Hearts boss Robbie Neilson felt his side failed to deal with losing the second goal to Morelos in the 64th minute and is looking for a reaction against Dundee on Wednesday night.

He said: “Disappointed with the final outcome. We started the second half really well, the crowd starts to turn and we had two huge opportunities and we don’t score them and as soon as they got the second goal, we started to fall apart a wee bit to be honest with you.

“There was a 12-minute period when we lost three goals and that was the game dead.

“The team has done very well this season. We are sitting 10 points clear in third and this was a real bump in the road.

“We felt it was an opportunity to come here and do well and it has not worked out that way.

“You can talk the talk and say we are going to do this and that but at the end of the day we can only win on Wednesday and that is what we have to do.”

Neilson would not reveal the reason he was booked by referee Willie Collum in the second half and said: “It is done and dusted.

“The remit now has changed, they just book you for anything. I think they just want you to stand there and be a robot.

“I was just complaining about… I am not going into it, it’s done.”