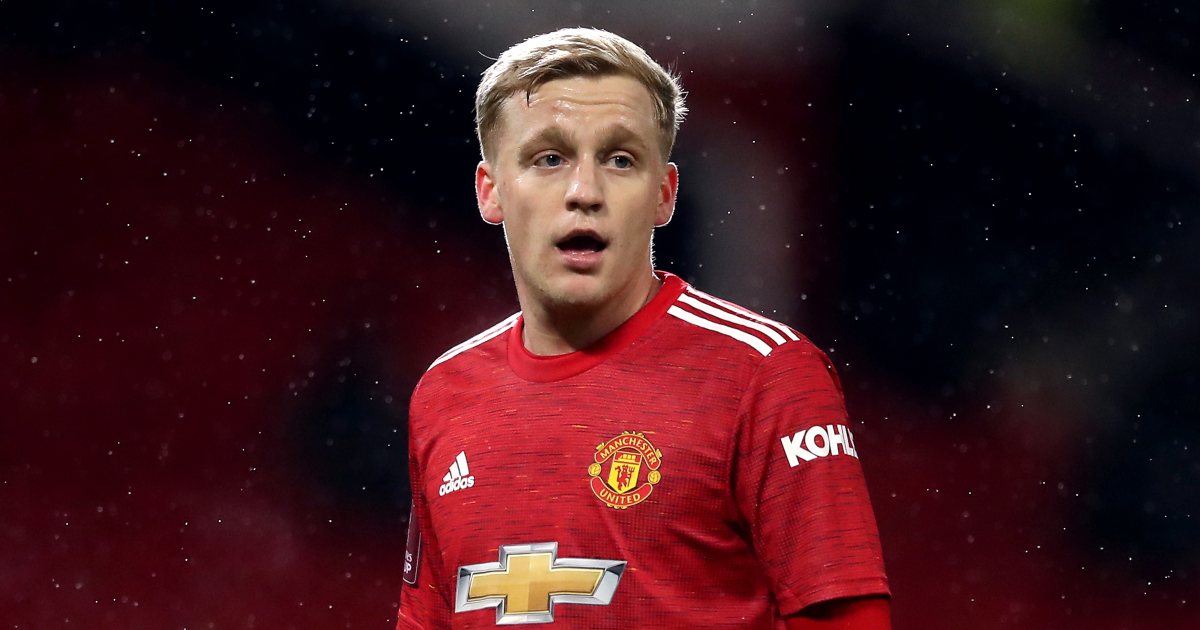 A miserable 90 minutes became a miserable 120 minutes but at least the torture ended for Donny Van De Beek after 73 minutes, having run like nobody was watching for much of what came before. The Dutchman looks utterly lost in this Manchester United side; a thinking footballer in a team that plays on instinct; a man who moves trying to replace a man who finds movement. The situation now looks irretrievable.

While Bruno Fernandes was trying to keep warm on the touchline, Van De Beek was staring towards the fourth official, absolutely certain that his number would be raised. And of course it was. Ole Gunnar Solskjaer was never going to do anything else, as much as we willed him to take off one of his holding midfielders and drop the Dutchman into that role. After all, possibly the best performance of his United career came in a withdrawn role as a partner to Fred rather than as a second-rate stand-in for United’s talisman.

After that 4-1 Champions League win, we wrote that ‘he must now hope that his manager remembers the first hour – his finest in a United shirt – and starts to see him as a genuine, technical option in the middle of the pitch rather than merely an understudy to the undroppable Fernandes’. It did not happen and now may never happen, with Van De Beek stuck in the role that nobody wants – back-up to the best man. He’s Carlos Vinicius. He’s Anwar El Ghazi. And he deserves better.

Van De Beek never looked comfortable on Tuesday night, largely ignored by teammates who look for Fernandes and then panic themselves into doing basically nothing when they fail to find him. Fernandes is the man his teammates try to find 72 times in every 90 minutes of Premier League football. Van De Beek? Drop that number to 60.9. At Ajax, he darted and dodged and expected to be found, but at Manchester United, they are used to their No. 10 unsubtly demanding the ball. Fernandes is absolutely the perfect teammate for dogged but limited players like Fred and Aaron Wan-Bissaka; Van De Beek absolutely is not. They are all on an awkward first date, biding their time before United can make the booty call to Bruno.

Van De Beek left the pitch having been caught offside more often (2) than he had either taken shots or created chances. That’s what happens when you are playing very little football and are desperately trying to play a style of football at odds with your own. In a game with literally no stand-out performances, Van De Beek emerged from the pack only for negative reasons. The only question was how long Solskjaer would watch this arrhythmic dance before he changed the tune.

The final kick in the nuts was the winner from Scott McTominay, scoring exactly the kind of goal with exactly the kind of run that Van De Beek would relish making from exactly that position. That the Scot has scored seven goals this season must sting the Dutchman, who has played roughly half as much football as a player nowhere near his technical level. It’s getting harder and harder to see anything approaching a significant future for him at Manchester United.