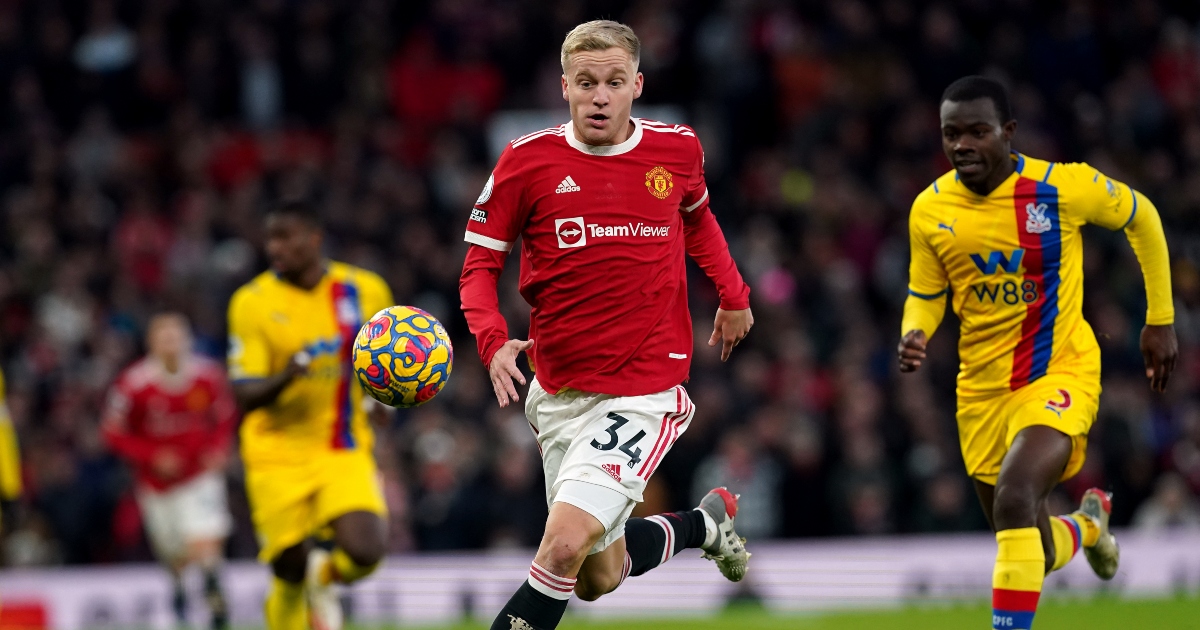 Van de Beek has featured for just 68 minutes in the Premier League this term and has made a total of 19 starts in all competitions for United since joining in the summer of 2020.

Rangnick confirmed earlier this month Van de Beek wanted to leave to get regular playing time and force his way back into the Netherlands squad ahead of the World Cup in Qatar.

Netherlands boss Louis van Gaal has omitted Van de Beek from all three of his squads so far this season.

Crystal Palace have been linked with Van de Beek throughout the winter window, with Vieira’s former Arsenal teammate, Dennis Bergkamp, reportedly intervening to ‘trigger’ the deal.

The report states that ‘another Premier League club and an unknown overseas club’ have also ‘provisionally agreed terms on a loan’, and it’s now up to Van de Beek to decide where he goes.

Newcastle and Borussia Dortmund were both offered Van de Beek by his new agent, Ali Dursan, earlier in January, so could be the two alternative options mentioned.

“I’m not surprised to see that Dean Henderson has handed in a transfer request, I was expecting it,” Berbatov said.

“Same for Donny van de Beek and Anthony Martial. These players aren’t playing and it’s clear they aren’t happy and as long as they love what they do, playing football, they should move.

“Henderson was bought to play in his view, David de Gea was going through a difficult period. Signings can galvanise a player, you’re not at your best then all of a sudden you have competition, so you gather yourself and start producing.

“That’s what happened with De Gea and it was bad news for Henderson. I fully understand why he wants to leave.”