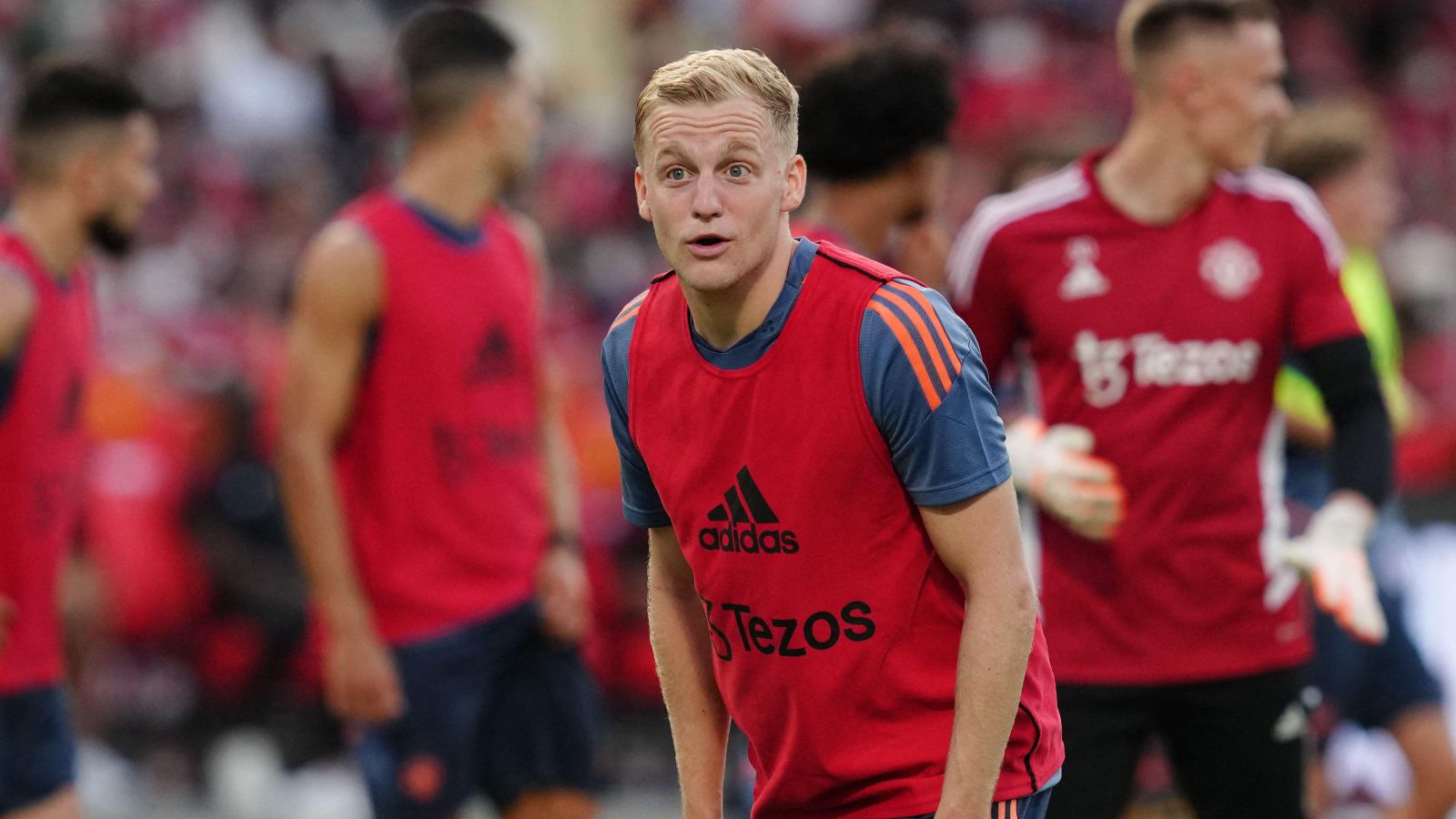 Donny van de Beek has defended Manchester United captain Harry Maguire after the centre-back was booed during a friendly against Crystal Palace.

Man Utd beat Patrick Vieira’s side 3-1 in their latest friendly in Australia on Tuesday.

Anthony Martial opened the scoring before Marcus Rashford and Jadon Sancho sealed the victory in the second half.

There was a Joel Ward consolation and late red card for Man Utd youngster Will Fish but the main talking point in Melbourne was the jeers that met every Maguire touch at the start of the match.

The 29-year-old appeared to win over supporters with an impressive showing and the boos subsided, with team-mate Van de Beek impressed by the way the skipper bounced back.

“I heard as well,” the Holland international told the PA news agency. “I didn’t know really what happened.

“But I think if I saw the game today I think Harry was playing really well.

“He was aggressive, he got so many balls, so that means he has a big personality.

“He has a lot of experience, so I think that’s positive what he (showed), his performance today.”

Meanwhile, Liverpool have reportedly ‘enquired about signing’ Manchester United target Antony this summer as he ‘features prominently’ on their list of targets.

The Ajax star played under Erik ten Hag for the Eredivisie side. He shone last term as he grabbed eight goals and four assists in 23 league appearances.

Ten Hag has left Ajax to take over at Man Utd. The manager is keen to bring Antony with him to Manchester.

It has been claimed that Ajax rate him at £68m with his contract not due to expire until 2025. This asking price is making United’s pursuit for him ‘problematic’.

Football Insider are reporting that Liverpool have ‘made an approach’ to sign Antony this summer.

The Reds are said to have ‘made contact’ with Ajax over a summer move for the attacker.

Antony is said to ‘feature prominently on their list of attacking targets’. They claim that Ajax are actually asking for £59m.

The report notes that Liverpool are ‘not expected to pay that’. They have already paid an initial £68m to sign Darwin Nunez this summer.