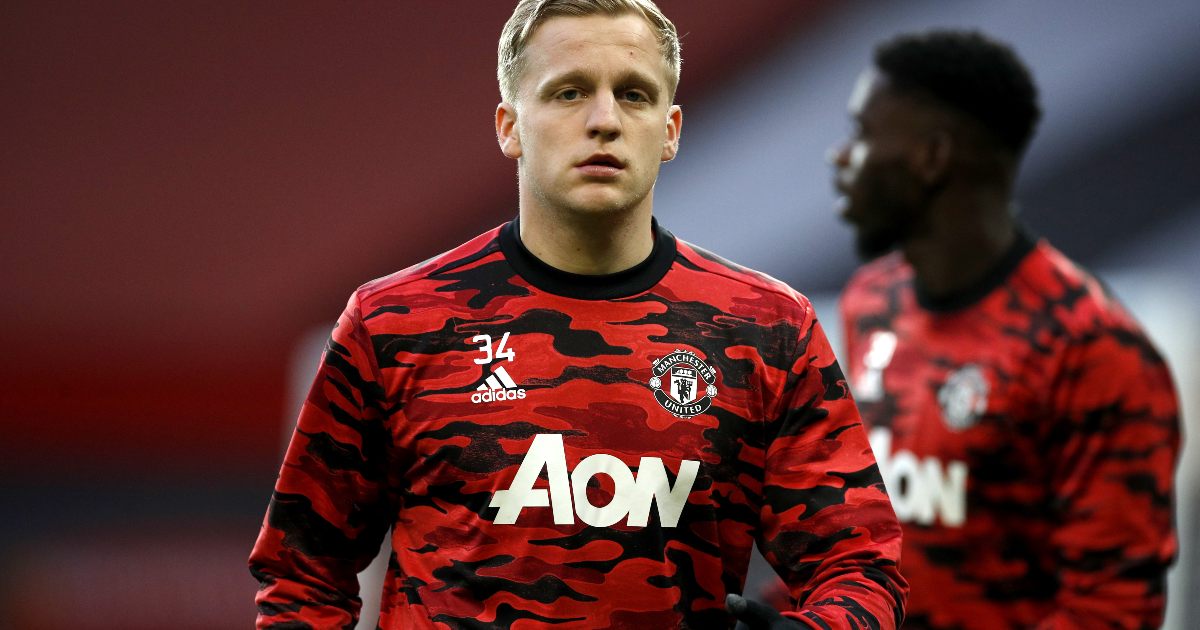 Ajax legend Marc Overmars has urged Donny van de Beek to stay and “fight” at Manchester United next season amid reports he could rejoin the Dutch side, while Edwin van der Sar admits he feels “sad” for the midfielder.

Having made a £40million switch from Ajax in the summer, the 24-year-old has started just two Premier League games for Ole Gunnar Solskjaer’s side.

And because of a largely underwhelming season, there has been speculation that Van de Beek could return to Ajax this summer.

But Overmars has urged the midfielder to remain in the Premier League and not accept defeat to easily.

“I think Donny should just fight, stay next year and try to claim a starting place.

“You shouldn’t leave so quickly,” Overmars told NOS in a recent interview.

But former United and Ajax goalkeeper Edwin Van der Sar has instead offered sympathy towards his countryman.

“Of course I feel sad for Donny,” he told ESPN’s Good Morning Eredivisie.

“He walked the perfect path before joining United. He joined the [Ajax] first team from the academy, became a starter, won trophies, performed in Europe.

“But the midfield of Manchester United is too stacked, they’ve not had any injuries. It’s hard for him.”

As part of an Ajax team with the likes of De Ligt and Hakim Ziyech, Van de Beek earned a runners-up medal in the Europa League and was part of their impressive run to the Champions League semi-finals two seasons ago.

But he has struggled to make any impression in the Premier League, with his path to the first team blocked mainly by Bruno Fernandes – United’s star player.

Gary Neville said earlier in the season that he couldn’t get his “head around” the situation and that Van de Beek’s arrival could be in anticipation of a summer departure.

“It’s interesting, something’s happened – the Van de Beek signing’s an interesting one – I still can’t get my head around it,” Neville said.

“It’s almost as if that signing was sort of done in anticipation of one of the others leaving because Van de Beek has just sat on the bench for the last few months and he cost £40m. I think that Manchester United are preparing for someone leaving.

“Nemanja Matic might be finishing at the end of next season, maybe, maybe Pogba could leave.

“So they’ve already got Van de Beek in to maybe assume that role, but I think now, the way Paul Pogba’s playing and the way Manchester United’s season is going, there’s no one who’s going to come in in January and buy Paul Pogba, I don’t think Manchester United would let him go.”