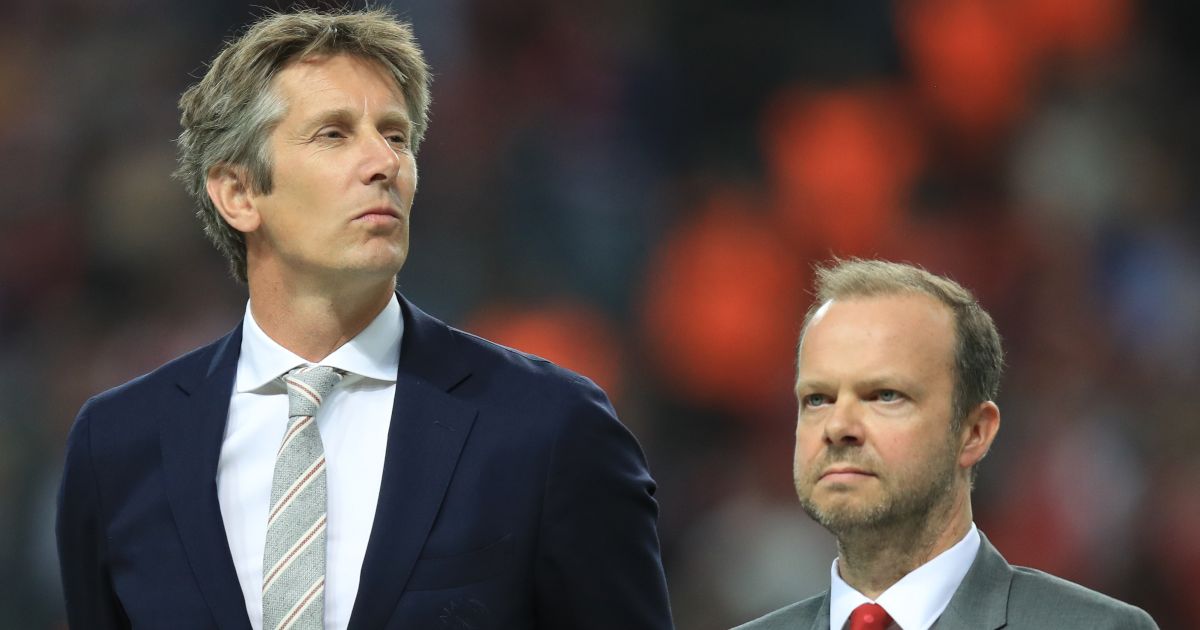 Edwin van der Sar has revealed he was contacted by Man Utd a few years ago amid rumours he could replace Ed Woodward at the Premier League club.

The Old Trafford giants were part of the dozen clubs that announced late on April 18 they were joining the new European Super League, only for it to collapse amid intense pressure within 48 hours.

It was announced that Woodward would be leaving his executive vice-chairman role shortly before the club officially withdrew from the Super League, of which Man Utd co-chairman Joel Glazer was named as vice-chairman.

Former Arsenal winger Overmars and chief executive Van der Sar have restored Ajax’s reputation as one of Europe’s leading clubs while developing a youth system and scouting network that continues to reap rewards for the Eredivisie giants.

Former Man Utd goalkeeper Van der Sar has been linked with a return to Old Trafford in recent years as a director of football.

However, now Woodward is about to leave his position at the club, rumours have again intensified that Van de Sar could play a role at the Premier League club.

When asked about the recent rumours, Van der Sar told ESPN‘s Good Morning Eredivisie: “Manchester United? It’s always nice to read positive things about you. Everyone is ambitious in life. Did they contact me? Yes, a few years ago already.”

Van der Sar added: “What kind of CEO is Manchester United looking for? I am not your typical CEO. I am a CEO more for the football side of things. Ajax is very structured.

“Manchester United is so different and you have to work with several owners there too. Does that suit you or do you like your life in Noordwijk and Amsterdam enough? That is the question.”

Van der Sar continued: “I couldn’t do this job at a club I don’t like. I am extremely happy with what we have been able to achieve at Ajax.

“Ten years ago we had the ambition to join Europe’s elite and we have lived up to those words. We did that through hard work and without a rich sugar daddy or government funding to help us.”