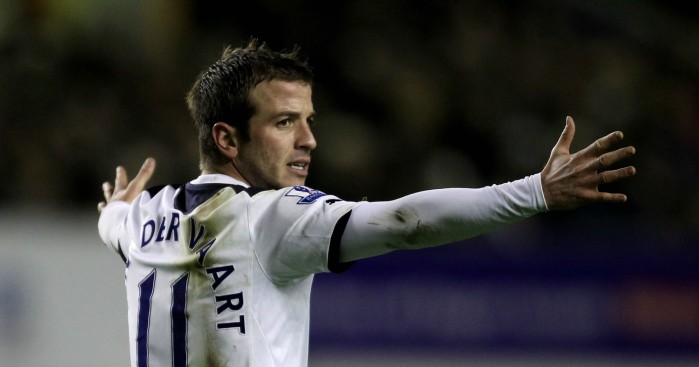 Rafael van der Vaart has revealed that he turned down the chance to join Gerard Houllier’s Liverpool at the age of 19.

The Dutchman was playing for Ajax at the time and opted to stay in the Netherlands before leaving for Hamburg and then Real Madrid, before eventually landing at Tottenham in 2010.

“I actually had the chance to move to the Premier League a lot earlier,” he told FourFourTwo. “When I was about 19, Gerard Houllier wanted to take me to Liverpool.

“I was flattered, of course, but at the time I wasn’t that interested in moving abroad. However, my agent said it would be a good idea to give Houllier a call.

“He explained that he had talked about me with Michael Owen, who had said he would be happy to play with me at Liverpool. It was amazing to hear that, but I was still sure I wanted to remain at Ajax.”

Instead of signing Van der Vaart, Houllier embarked on an awful summer of spending in 2002, buying Bruno Cheyrou, Salif Diao and El-Hadji Diouf.

Planet Sport quiz: Test your knowledge on the career of Serena Williams (Tennis365).