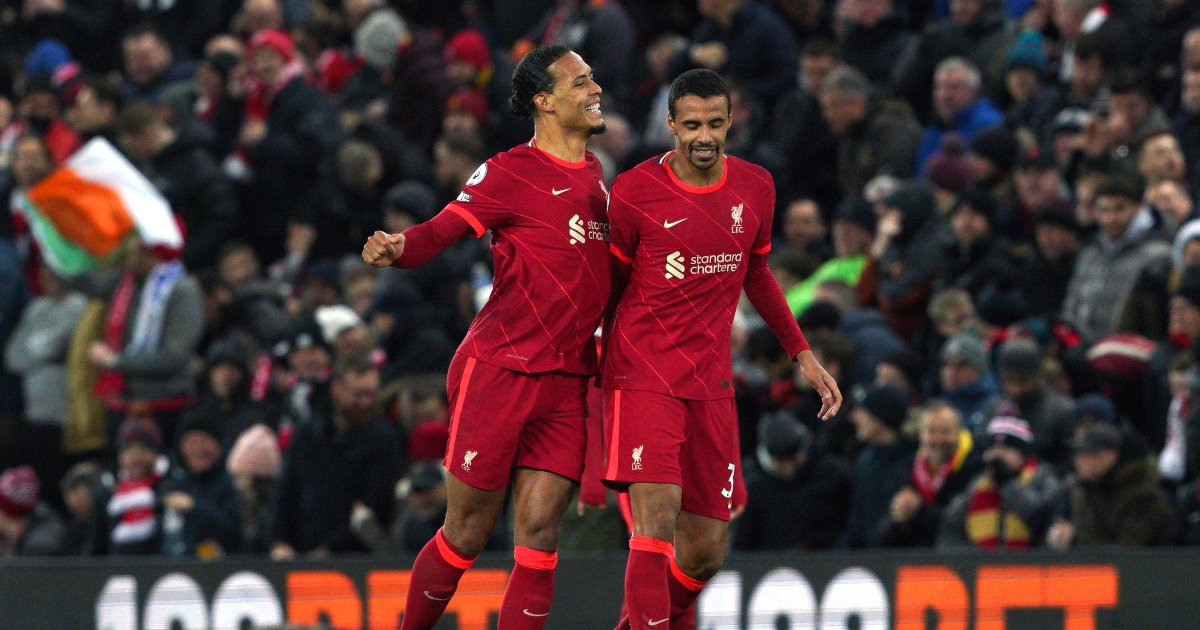 Liverpool star Virgil van Dijk has admitted he wishes he had the same dribbling ability as defensive partner Joel Matip after the Cameroonian’s goal against Leeds.

Matip’s mazy runs out of defence have become a regular feature for Jurgen Klopp’s side this season but before Wednesday nights strike, the defender had yet to grab a goal at the end of it.

Mane breaks every record and Rangnick given Klopp treatment

However, that trend was broken against Leeds, combining with Mohamed Salah to fire home Liverpool’s second of the night in a game that they would go on to win 6-0.

Speaking to Liverpoolfc.com after the game, Dutch defender van Dijk was full of praise for his centre-back partner.

“It’s a big quality of him – I wish I had that quality at times!” said the Liverpool man.

“He just can go without any fear at all and hope for the best a little bit! But he has that quality. It’s a big strength of him and obviously it’s useful because it drags other players from their position and today obviously the space was there to make that run and finish it off.

“I said to him already before the game I felt it coming because he had an assist for Diogo [Jota] and I said, ‘A goal is next!’ so I’m obviously very happy for him.”

The 30-year-old was also asked if he thought Matip’s impressive form was down to him staying injury free, to which van Dijk replied: “I think also himself, mentally he is at a good place.

“I think the four of us, because we cannot forget Joe [Gomez], who is obviously not even in the squad at the moment, but four of us are keeping each other as sharp as we can.

“We need everyone and obviously it’s very good to see that he is fit, he is playing on a high level and whether I play with him, Ibou [Konate] or Joe, it’s always good to be out there together and work hard.”

The win over Leeds means Liverpool are now just three points behind Manchester City at the top of the Premier League and the Reds defender revealed his delight at securing an ‘important win’.

“Very important. A very good win against a difficult opponent; difficult in the way that they play a certain way that is intense, intense with running. They never give up so we had to be ready to fight, to do the hard work and make the extra metres and I think we did that very well.

“We scored obviously with the penalty, that helps a little bit, but overall I think [it was] a very good performance.”