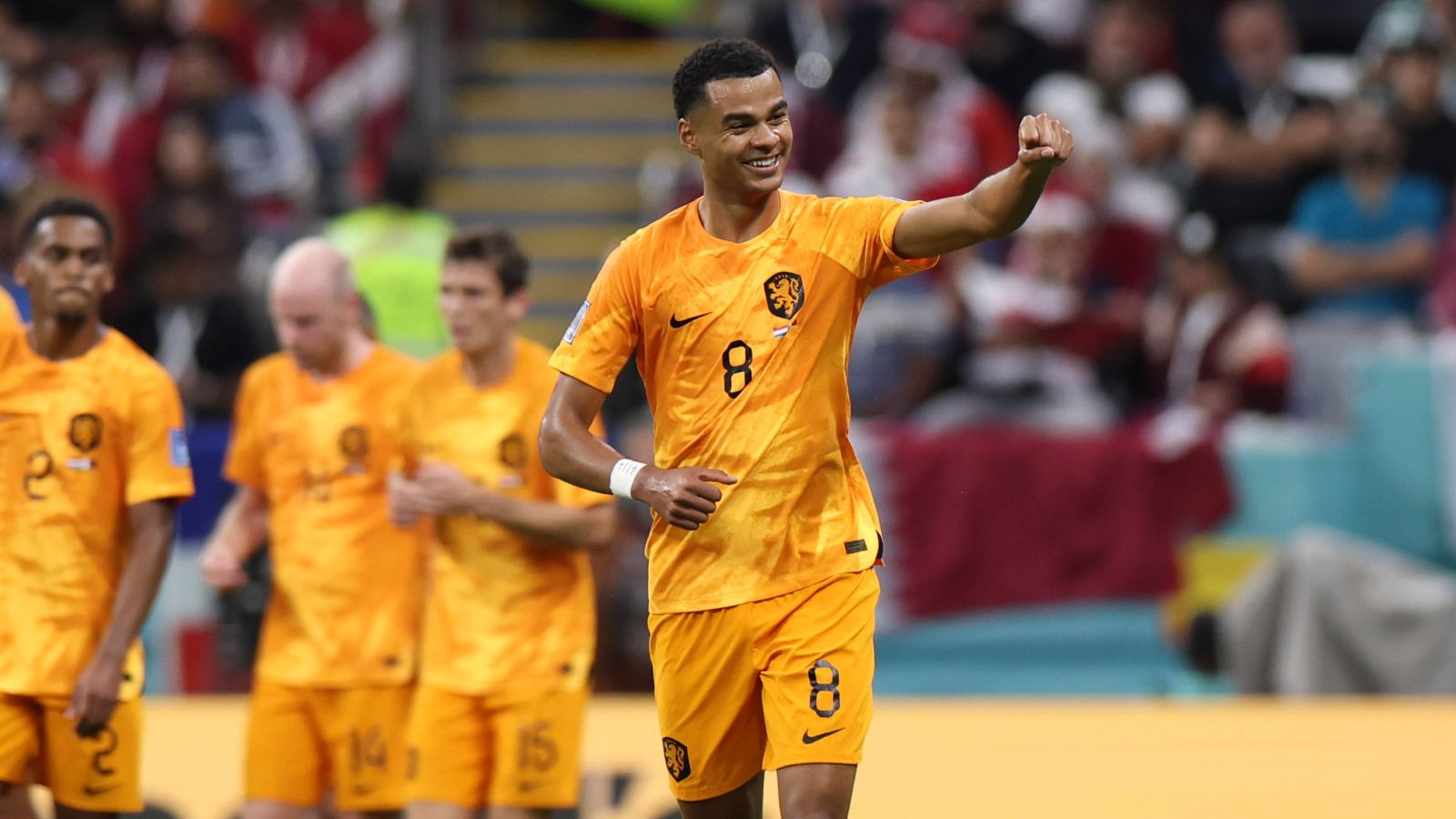 Virgil van Dijk has aimed a dig at Manchester United as speculation continues over the future of Netherland star Cody Gakpo.

Gakpo was close to to a move to to the Premier League in the summer, with Leeds joining Man Utd in showing interest in the 23-year-old.

And Gakpo’s stunning form for PSV Eindhoven this term, which has seen him notch 13 goals and 17 assists in 24 games, has increased speculation he could be on the move in January, with United retaining a strong interest.

The forward has taken his club form into the World Cup, scoring in each of the Netherlands’ group games, before helping them to book a quarter-final clash against Argentina as they overcame the USA on Saturday.

Real Madrid have also been credited with interest in recent days and when asked about his international teammate’s future, Van Dijk drew comparisons between Gakpo’s two main suitors.

Van Dijk said: “Are Manchester United and Real Madrid on the same level? No disrespect, not at all.

“I definitely think he has that next step in him. I definitely feel like it could happen, whether that is in the winter or the summer or next year, time will tell. He is a great boy who works hard, very talented and definitely there is more in him. We are so pleased he is doing so well for us. Long may it continue.”

Gakpo was again asked about his future after the Netherlands’ win over the USA.

“As it stands now, I will still be playing for PSV after the winter break,” he told De Telegraaf. “But as I said before the start of the World Cup: we will see what will happen.”

Netherlands boss Louis van Gaal, who previously held the top job in Manchester, has not been surprised by Gakpo’s exploits and is expecting more. He claimed: “I had more or less expected that he would evolve this way but I believe that he’s going to evolve even further, much further, so I’m not surprised (by his performances) at all. It’s marvellous that he can do this on the world stage.”