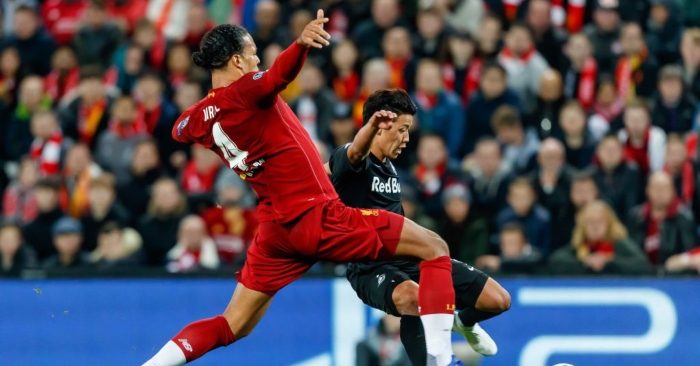 Liverpool defender Virgil Van Dijk insists no-one is panicking despite a crazy performance which saw them throw away a three-goal lead and almost cost them their first Champions League win this season.

Jurgen Klopp’s side were cruising when Mohamed Salah scored the third in the 36th minute but a casualness crept into their game which was subsequently punished with some uncharacteristically lax defending.

When Erling Braut Haaland scored the equaliser – his 18th of the season – with almost half-an-hour remaining there was a palpable sense of disbelief at Anfield.

However, Salah came to their rescue 10 minutes later and, while Van Dijk admits they have to do better, he said the players did not share the concern of fans.

“Of course everyone wants to panic and stress and maybe look for all the negatives but we shouldn’t,” he said.

“I’m not even looking at the negatives. We know we can do better but we are human beings and we can’t always play the perfect game. Sometimes it happens.

“So far we are doing pretty well this season. We shouldn’t forget that after one night where we were a bit disorganised.

“There’s no reason for panic at all, we just need to relax, have a look at what can be better.

“Maybe it’s maybe a good thing. We know we still have to improve, but we will.

“We will analyse it, and we have another tough game against Leicester on Saturday. But we have to be confident and keep doing what we do.”