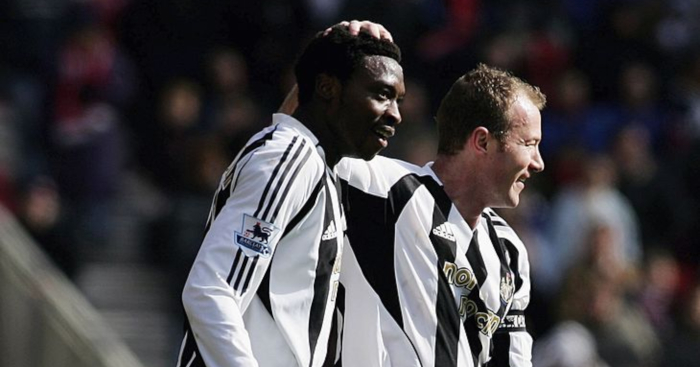 Shola Ameobi feels that centre-half Van Dijk has had a similar effect on Liverpool that Alan Shearer enjoyed at Newcastle.

Ameobi played alongside Shearer for six years, and says the striker was “very vocal” with the rest of the squad.

Van Dijk, who joined Liverpool in January 2018 and almost instantly made them a genuine force, is seen as a similar mould of leader.

Asked to name his most inspirational teammate, Ameobi told Stadium Astro: “For me, it’s got to be Alan Shearer.

“He was a young boy and we’d seen him score loads of goals.

“And you compare him to van Dijk, making calls and telling us what to do on the pitch.