Home All The News Van Dijk: Five point gap over City is irrelevant at this stage 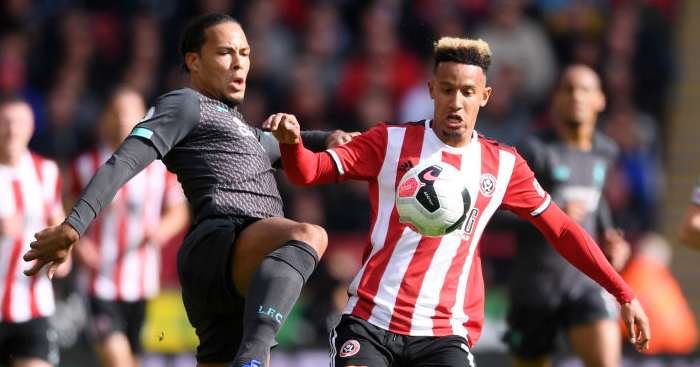 Liverpool defender Virgil Van Dijk has dismissed the five-point lead they hold over title rivals Manchester City as irrelevant at this stage of the season.

Jurgen Klopp’s side briefly saw their advantage extended to eight points after beating Sheffield United in the early kick-off but City came through a slightly-less exacting test against Everton in the evening to reduce the gap.

But even though Liverpool have a 100 per cent record from their opening seven matches Van Dijk stressed no one inside the dressing room was giving it a second thought.

The Reds know from recent experience that the situation can change quickly. They had a seven-point lead over City before the two met at the Etihad Stadium on January 3, only to lose as Pep Guardiola’s side began their fightback.

“There are still so many games left and the only thing we focus on is the game ahead of us. We don’t want to look at the others because there’s no point doing that.

“Everyone realises that as well because last season we saw how it turned quickly. We just want to focus on the game ahead of us.”

Victory at Bramall Lane also extended the club record for successive away wins to eight and they have not lost outside of Anfield in the league since that defeat at the Etihad almost 10 months ago, their best run since 1989.

But attention quickly turns to Wednesday’s visit of Red Bull Salzburg as Klopp’s side look to register their first Champions League win of the season after defeat in their opening game against Napoli.

“It’s the media who love statistics. The reality is we have nothing at the moment. We want to continue to do well and there’s still plenty of room for improvement,” added Van Dijk.

“We have to be confident; you have to think you’re going to win every game otherwise you might as well stay at home. We have the quality, we have the players.

“We’ll take this, recover and then prepare for Salzburg and that will be a tough game as well. We have to win every game, that’s how it is.”