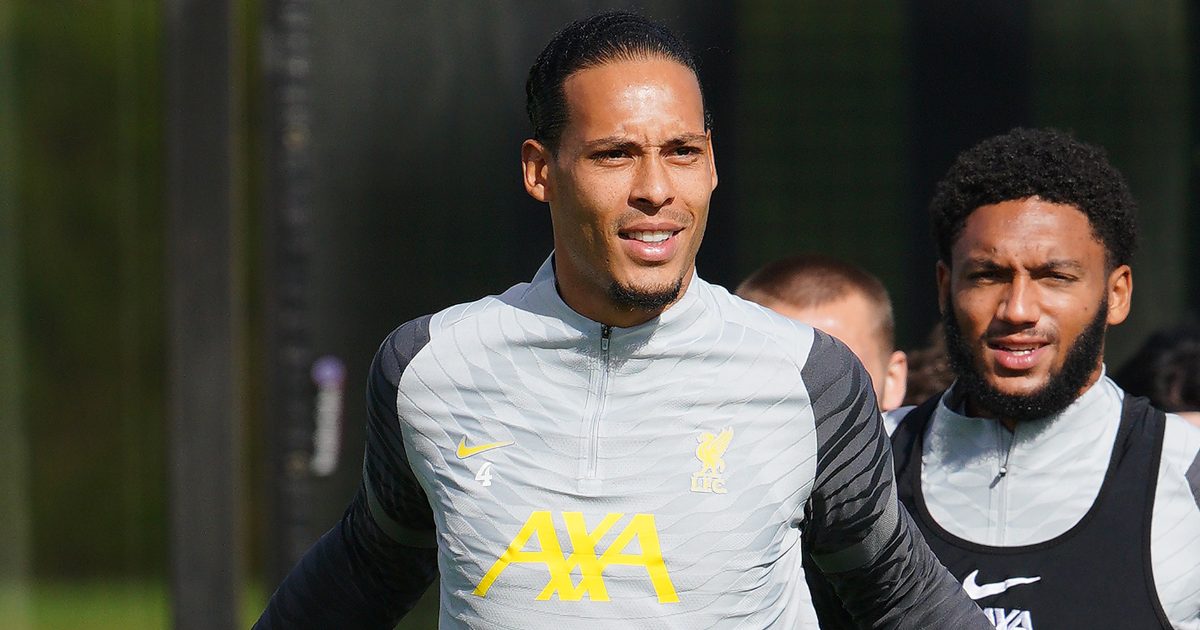 The 20-year-old made his Premier League debut for Liverpool during the 2019/20 season. He established himself as a regular the year after as he played 34 times across all competitions.

Jones was out of the team at the start of this campaign. But in recent weeks he has returned to the fold.

Jones set up two goals as Liverpool beat Porto 5-1 in the Champions League group stages last week. He also has a goal and an assist from his last two league outings against Brentford and Man City.

Van Dijk has told the club’s official website that Jones’ “big challenge” now is to be consistent for Liverpool:

“Unfortunately, Harvey [Elliot] got injured like everyone knows, of course, and was doing so well,” Van Dijk said.

“It was difficult probably for Curtis to see that a little bit because obviously he wanted to play, but saw Harvey doing so well. Now he had to take his chance.

“Obviously in the last couple of games, he’s shown that he has the quality to be there and is doing well.

“He’s still young, he’s still learning, he has a great mentality. He has to keep that going. It’s only the start for him and he has to keep showing it.

“The most difficult part of being a football player is being consistent, so that’s going to be a big challenge for him. But so far, so good.”

“Obviously I would love to have him at Liverpool, because he’s an unbelievable player.

“But if (Man) City got him, wow! You talk about unbeatable teams, then that would be close!”

Riise added: “Whoever gets Haaland, whether it’s next season or whatever, is going to be an unbelievably strong team for many years to come.

“I don’t know if Liverpool have the chance to sign him, but if they do then please do, because that would be unbelievable for the club, or for any club that signs him.”