Home All The News Van Dijk: ‘I am glad I don’t play in Spain because of Messi’ 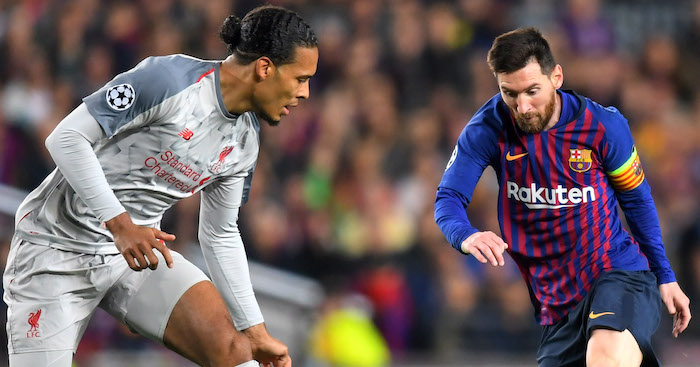 Liverpool defender Virgil van Dijk has admitted that he is glad he does not play in Spain, thus avoiding facing Lionel Messi every year.

Messi scored a remarkable free kick as part of a brace that helped him reach an impressive 600-goal milestone in a Barcelona shirt, after Luis Suarez had put Barcelona ahead in their 3-0 win on Wednesday night.

It leaves Liverpool with a mountain to climb in next Tuesday’s reverse fixture, as Jurgen Klopp’s side failed to get an away goal and will now need to match tonight’s scoreline.

Van Dijk, who has earned a reputation as one of Europe’s best defenders, is just glad that he doesn’t have to face Messi more often.

“Messi is a fantastic player, that much is obvious,” the Dutchman said, as per Football Espana.

“Even when we were attacking, it is always difficult, as you know he is in the corner waiting to attack.

“He is the best player in the world and the extra level he has shown over the years proves this.

“That goal shows where Messi is as a player. When he is at his best, there is nothing you can do to stop him.

“I am glad I don’t play in Spain and have to face him every season.”