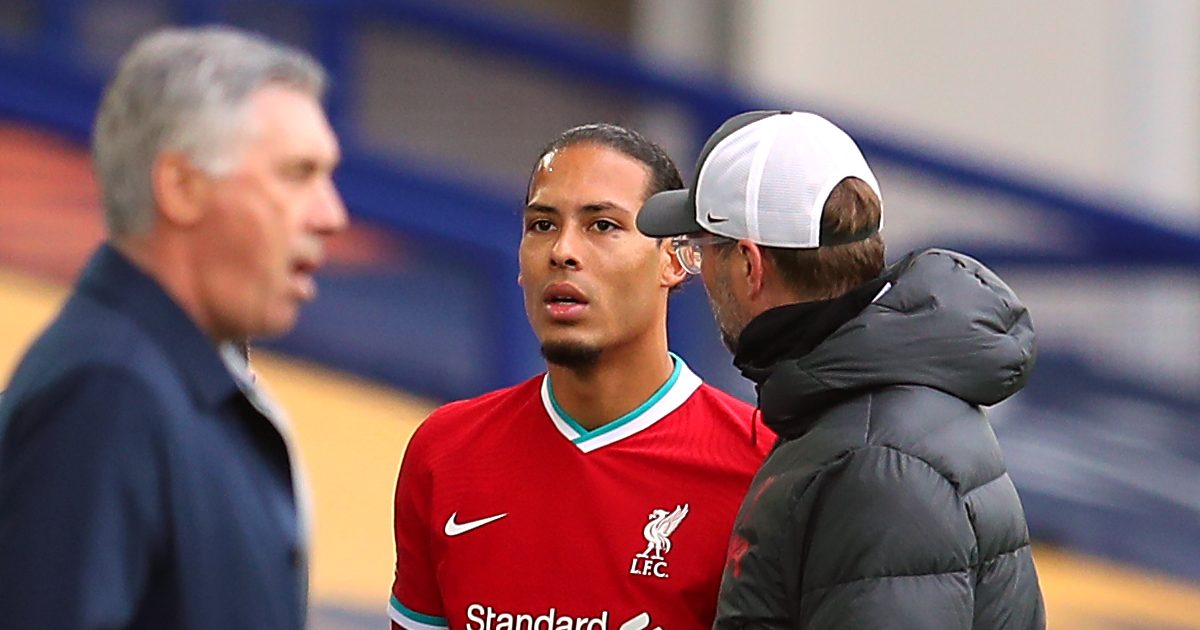 Liverpool defender Virgil Van Dijk has suggested that he will no longer take things for granted as a result of his injury.

The defender had successful spells with Celtic and Southampton prior to his move to Liverpool.

This led to his £75m move to the Reds in January 2018. With Jurgen Klopp’s side, he has established himself as one of the best defenders in world football.

The Dutchman has helped them to win the Champions League and Premier League in recent years.

Liverpool were among the favourites to win the league title again this year but they have been hampered by a lot of injuries.

Van Dijk is among these and he has been out of action since October. He picked up an anterior cruciate ligament damage injury from a collision with Everton’s Jordan Pickford.

The defender had told JBL that he is looking forward to getting back playing and he will make sure he always has a smile on his face when he’s back:

“In this period of being injured, it makes you think about loads of stuff, and appreciate even more what you’ve got.

“Obviously, it’s not easy, but the most important thing for me is to stay true to myself and work as hard as I can.

“So, if the time comes back and I’ll be back playing again, then I just have to enjoy every bit of it and try to be the best player I can be.

“I won’t take anything for granted. I just work, enjoy, have a smile on my face and try to stay fit.

“To be honest the information I have at the moment, it will be unlikely.

“Not that I wouldn’t let them go but because of the extent of the injuries. It’s not about talking which competition they can play in.

“As far as I know, and I am always open for positive surprises and they all of a sudden show up in training, nobody told me (they are nearly ready).

“We all hope they will be ready to start the pre-season with us. These are really serious injuries.”