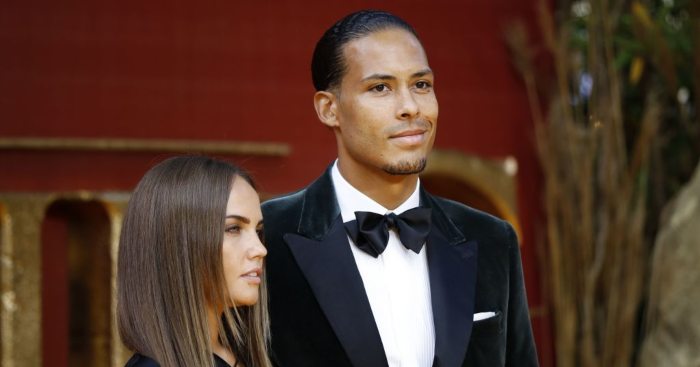 Only Van Dijk would interest top teams
This Liverpool/United XI argument got me confused, so I had a look at the Liverpool XI expecting to see some star players, only to be disappointed. Only Virgil van Dijk would interest top teams. Don’t get me wrong, Pool players had a fantastic season compared to their United counterparts and on form would definitely rank higher.

However we are talking about just world class quality and ability, none of the Pool players really stand out. They don’t have anyone of the quality of a Hazard, DeBruyne, Aguero. Pool are more of a functional team where the whole is greater than the sum of the parts.

Basically Pool have the best manager in football right now. What Pep did was incredible but he needs to outspend everyone before his system works, while Klopp managed to create Dortmund and now this Pool team while not having access to the same quality of players Pep did in the transfer market, nor the budget Pep did, which makes what he did last season incredibly effective.

Switch managers between United and Pool and within a year United would be challenging and Pool would be somewhere around 6th.
Jarron, (Next season should be interesting) MUFC

Man City – quietly going about spending hundreds of millions, will probably buy another squad player or 2 for a combined 120 million and end up with a 3rd team that would probably make top 4.

Liverpool – managing to keep away from the madness pretty well. Will wait until a Galactico signing sets off transfer dominoes and snap up a player towards the end of the window for cheap that they don’t really need who is useful off the bench but most other premier league clubs would have paid over the odds for if they hadn’t already been forced to pay over the odds for the players they got and hence have no money left. Maybe a Memphis Depay or Zaha type signing for 30 million.

Spurs – Already popped their cherry with a couple of signings, maybe one more relatively cheap player for 20 miil will come through the doors (One and a third Alan Shearers is relatively cheap – wtf).

Man Utd – after being ‘linked strongly’ with every player who thinks they’re worth over 100 million, they in fact don’t sign any of them. They end up paying 90 million for Harry Maguire plus add ons. They do manage to get one of their 60 million pound central midfield targets while all their other targets end up in Spain and Italy for a third of the price Man Utd were supposedly willing to pay. They throw a further 60 million on someone who no paper has linked them to the whole summer just because they have money burning a hole in their pocket and they want to prove they’re supporting the manager. Pogba stays, Lukaku stays and no-one will take Alexis Sanchez even though utd offer to pay all of his wages, pack his bags and hand deliver him to anywhere in the world.
Jon, Cape Town (Man Utd)

An Ode to a great Spurs side in need of a rebuild
When I read your article about breaking up the top six I knew you left someone out of the team’s wobbling .Having read the article It was clear you had left out Spurs.I know  a champions league final may make it seem like all is well but really it is time to acknowledge that the team that achieved  a lot between the 2015-16 seaon (That Leicester year) and this years Champions league final  is actually on it’s last legs.

It’s a team that like the Leicester team it challenged, you could reel off .It will probably be unrecognisable by the start of 2020/21 .Lloris may still be there but gets criticised a lot more for football and personal decisions .Of The original full back Walker has  buggered off in a quest to win stuff and Rose is being put to pasture even Walkers replacement has left .

In Central Midfield Dembele the unique talent that he was has been in China for six months , Wanyama has become injury prone  he only arrived 2016-17.Eric Dier’s surname has become apt , Eriksen wants to leave but can’t find any takers and I was shocked that Lamela is so forgotten that you chose Josh Onomah over him in your forgotten men article.

Up front Alli’s output last year was his lowest in years and the two best performers hardly ever function well together .

The narrative is that this is big club now ,The acquisition of  Ndombele does give cause for hope,Along with the contributions of Sissoko and Moura , there are however holes and only 3 weeks to replace probably one central defender ,both  fullbacks and   the support striker  ,Some of these holes they have tried to fill more than once.By the time the hole are filled maybe half the originals will be gone or squad players

At it’s best that initial cycle of spurs players was eye catching and innovative and should never  be forgotten , A trophy would have been a monumental achievement  to add to their fable but should never be allowed to take away  from what was a good premiership team.

I salute them
Timi, MUFC

Hazard’s gone, we moved on so should you
Dave, I know most rival fans are comparing us with Real last season, with how they lost their talisman in Ronaldo. I don’t know if you’re a Chelsea fan but most of us are pretty excited about the season to come. Do we think we’ll struggle, hell no!

Yes we’ve lost one of the best players in football, but heck Dave, have you seen our squad. In my opinion with the loss of Hazard we will transform ourselves to a more sustainable model, one that is not reliant on one player but the whole squad.

Lampard has his work cut out that’s for sure, you know what, even if we didn’t have a transfer ban the only thing we would have done for sure is sell Willian , Giroud and buy their replacements. The only complain to some fans might be that we don’t have a proven premier league striker. But ask any Chelsea fan and we are pretty content with our front line as it’s filled with a lot of quality.

I love Frank and how he has united us and transformed the atmosphere. Yes this will be titled a transition season for him, but no fan should take the loss of Hazard as a reason for an underwhelming season and that’s what makes us love Frank even more as he, in the interviews he’s done, told us to move on and expect us to still be competitive.

That said, Chelsea fans have never felt this excited for a new season for a long, looooong time.
Vashow, Kenya (CFC, oh Lamps you beauty).

Tottenham XI
Lloris 15/17 – has had a few rickets in him last season but remains an excellent keeper, and was superb during the two seasons we finished 3rd and 2nd.

Alderweireld 15-17 – Our most accomplished centre half and the PL best during those two seasons. His reading of the game and his long range passing were imperious.

Vertonghen 16-18 – Vertonghen took up the mantle when Toby got injured. Unlike Alderwerield, Vertonghen would step into the midfield making up twenty yards of ground with a drop of the shoulder.

Modric 11/12 – his last season before joining Madrid was a masterclass – watching a genuine world class player strut around WHL like it was a playground.

Dembele 16-18 – the resurrection years. From wet cardboard, no end product to the beast of a player he became. Incredible strength mixed with balletic feet.

Van der Vaart 10-12 – A joy to watch and he loved to score against Arsenal.

Bale 12/13 – much like Dembele this was a beast of a season where he often single handedly won us matches with thunderbastards. Liked a goal against Arsenal too.

Kane 15-18 – Only didn’t include last season due to injuries but for three seasons straight was the perfect centre forward. Can’t wait to see how he’ll fare having had a legitimate break. Loves to score against all London rivals.

Arsenal mess
The ‘We Care Do You’ campaign ain’t perfect but in many ways they’re right.

The problem with our fanbase is we tend to have to be in one camp or another and there’s no room for nuance or measured debate.

The fact is the mess we are in is not all Kroenke’s fault. If our useless bunch of wasters had bothered to have put a shift in a number of games towards the back end of last season we would have Champions League football and our transfer budget would be doubled.

But this is not to absolve Kroenke of all blame as he is responsible for putting people into positions that made the sorts of decisions that led to Ramsey and Sanchez being let go for nowt and the laziest player in the land being given a bumper wage.

The ‘We Care Do You’ campaign rightly points out that we are a reactive rather than a proactive club. Gooners have been in the past been spoiled by the sorts of owners who ‘knew a little bit more than everyone else’ in appointing Arsene Wenger and had the vision to put their hands in their own pockets to deliver Dennis bloody Bergkamp. There is no vision at the club currently and that’s the problem.

What the fans were looking for was a clear vision on who we are, where we’re going, what our objectives are and how we’re going to achieve them – not some guff quoting past club mottos and until the fans can see any semblance of any vision the fans will continue to revolt.

Those swatches of empty sunburnt red seats during the Wenger Champions League era could be the tip of the iceberg.
Graham Simons, Gooner, Norf London

The Gills and Paul Scally
I’ve been a Gills supporter since 1966 and was a regular until I left for the Netherlands in 1994, although I still try and get back as often as I can. For most of the recent history of Gillingham football club, Paul Scally has been the chairman and although he is clearly a difficult man to get on with, and one who occasionally has some very strange ideas, at least the club is still there for me to go and watch.

Before he took over, the club was in a very perilous state and I don’t think that anyone could deny his commitment to the club. He has managed to renovate most of the stadium, removing one of the oldest stands in the football league, the Gordon Road stand, and he has also removed all the disgusting holes in the ground that used to pass as urinals behind the Gillingham End, together with the accompanying smell which always made the half time tea taste that bit sweeter. He also oversaw our rise into the second tier of English football for the first time ever and gave us some memorable Wembley trips and some great players.

However, I fully accept that his relationship with the majority of fans is not an easy one and his choice of managers, when it’s not Peter Taylor or Andy Hessenthaler again, can be strange.

But despite all that, he has kept a rather unfashionable club going through some difficult years and it’s still there. Also, every now and again he has given us something to cheer about, which didn’t happen too often in the 100 years or so before he took over, and I applaud him for that.
Tim Royall GFC