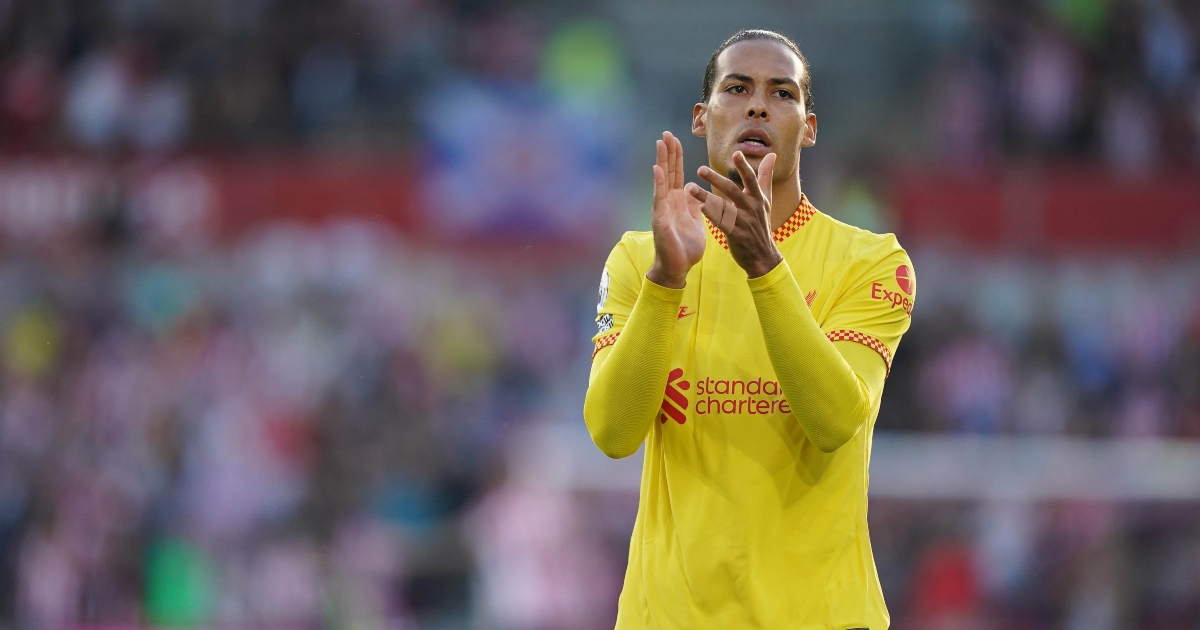 Virgil van Dijk has praised the form of young Liverpool midfielder Curtis Jones and has urged him to be consistent and keep his impressive run going.

Jones found himself out of the Liverpool team at the start of the season as the equally impressive Harvey Elliott took his chance in Jurgen Klopp’s midfield.

However, Elliott suffered a serious ankle injury in the game away at Leeds United, leaving him on the sidelines for a significant period of time.

Two other midfield options in Thiago and Naby Keita have also suffered with injury issues and Alex Oxlade-Chamberlain finds himself out of favour after a struggle for form.

This gave Jones the chance to cement his spot alongside Fabinho and Jordan Henderson and the 20-year-old has taken his opportunity with a series of superb performances. A thumping finish away at Brentford albeit with a deflection and an impressive performance in the Champions League in Porto mean Jones will take some displacing in the starting XI.

Now van Dijk has spoken out about his teammates form and what he needs to do next. Speaking to Liverpoolfc.com, The Dutchman had this to say when asked on how impressed he has been by Jones’ form: “A lot.

“Unfortunately, Harvey got injured like everyone knows, of course, and was doing so well.

“It was difficult probably for Curtis to see that a little bit because obviously he wanted to play, but saw Harvey doing so well. Now he had to take his chance.

“Obviously in the last couple of games he’s shown that he has the quality to be there and is doing well.

“He’s still young, he’s still learning, he has a great mentality. He has to keep that going. It’s only the start for him and he has to keep showing it.

“The most difficult part of being a football player is being consistent, so that’s going to be a big challenge for him. But so far, so good.”