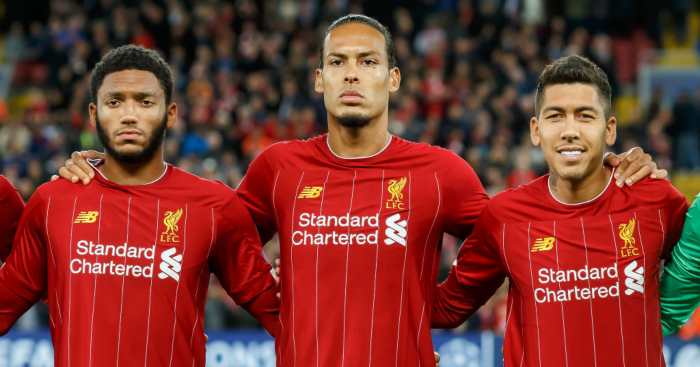 Virgil van Dijk claims that Liverpool’s match against Manchester United is not their “biggest of the season”.

The Red Devils look likely to be battling the rest for a place in the top six at best, while the Reds are eight points clear of nearest challengers Manchester City in the race for the title.

And although Van Dijk admits it is “massive” for the fans, it won’t be the biggest match the Reds play this term.

“The whole atmosphere and leading to the actual game is bigger than some other games but I don’t think it’s the biggest of the season,” Van Dijk told Sky Sports.

“It’s massive, but it’s more massive for the fans.

“I think all of the Champions League games are as big as this.

“The big ones are the Champions League and the ones that are hopefully going to win us the Premier League title.”

Van Dijk added: “They want to bounce back for all they’ve done this season and it’s not what they’ve wanted so far, but we want to go out there and extend our points tally and keep winning.

“They want to bounce back for all they’ve done this season and it’s not what they’ve wanted so far, but we want to go out there and extend our points tally and keep winning.

“They might think this is the best occasion to bounce back from it but we know that. We want to go out and fight for every metre on the pitch and try and take the three points back to Liverpool.

“Man City are the champions, they’re defending their title and we want to get it. In my point of view, we just have to go for it.”