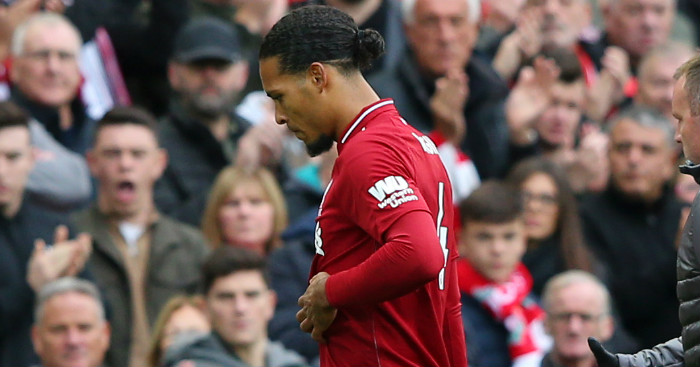 Liverpool defender Virgil van Dijk will return from international duty after another recurrence of his rib injury.

The defender was excellent in the Netherlands’ 3-0 win over Germany on Saturday, scoring the opening goal 30 minutes into the game with a typically towering header.

Van Dijk completed the game in Amsterdam but has been discharged from the Dutch squad ahead of Tuesday night’s friendly against another of their neighbours, Belgium.

The move is likely precautionary after van Dijk suffered the injury in mid-September. He was withdrawn after 55 minutes of Liverpool’s 3-0 win over Southampton in a similarly cautious move, but has not missed a single minute of his four games for club and country since.

Liverpool look set to be without Mohamed Salah for the next couple of weeks, and will be hopeful van Dijk won’t face a similar spell on the sidelines.