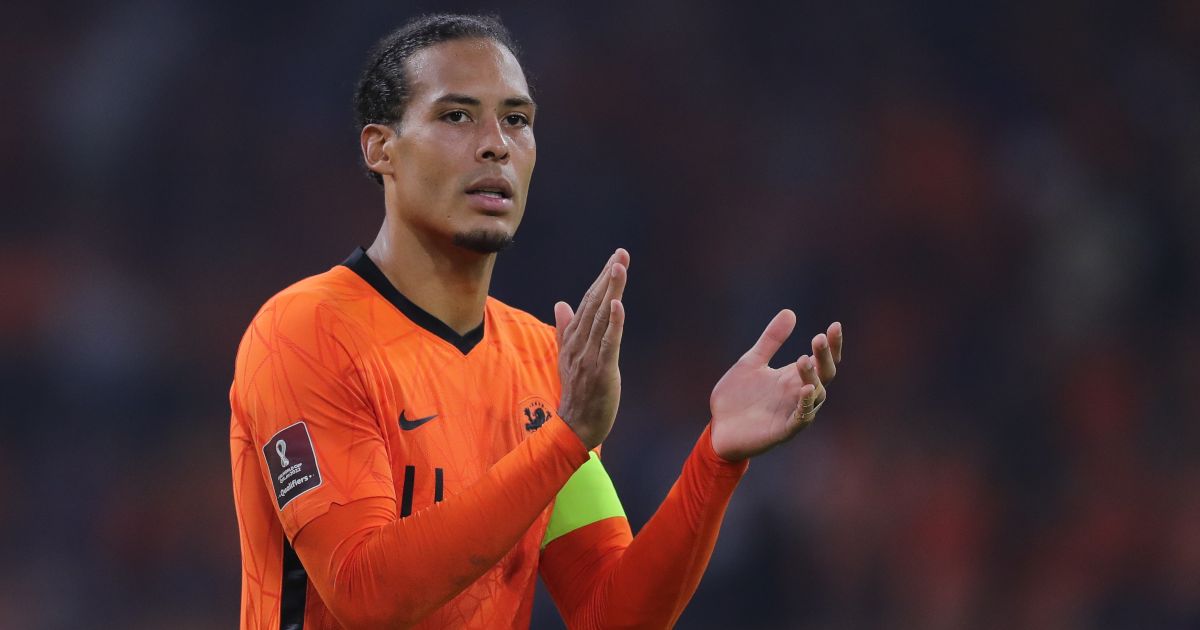 Virgil van Dijk says he is “already over” the knock he picked up in the Netherland’s 6-1 victory over Turkey on Tuesday night,

A goal from Davy Klaassen and a hat-trick from Memphis Depay put the Dutch four goals up before Guus Til and Donyell Malen rounded off the scoring.

Marseille winger Cengiz Under did get one back in second-half stoppage time for ten-man Turkey, with Van Dijk taking a knock in the build-up.

Halil Dervisoglu caught Van Dijk when tackling the Liverpool defender for the ball and he had to receive treatment on the pitch.

In his post-match comments on Twitter, Van Dijk didn’t mention the injury, he said: “Proud captain today, great performance all round.

“What a great atmosphere too! Now time to head back to Liverpool and prepare for a tough couple of weeks ahead.”

Proud captain today, great performance all round. What a great atmosphere too! Now time to head back to Liverpool and prepare for a tough couple of weeks ahead 🧡 pic.twitter.com/mCy3paPdul

But he allayed any Liverpool fans’ fears in an interview by claiming he is “fine” after the challenge.

“I’m fine, luckily. I’m already over it,” Van Dijk said after the game. “Maybe because I am so big, they think I am acting.”

When asked what he meant, Van Dijk added: “Because when I go down, it goes in quite a slow way.”

And Netherlands boss Louis van Gaal thinks the whole incident could’ve been avoided if their passing hadn’t been so sloppy in the first place.

“The last one, could not happen in my opinion, but it was a soft ball of our right full-back,” said Van Gaal.

“And by law the goalkeeper, who played three fantastic matches, makes a mistake, also a slow ball. That’s why Virgil van Dijk is a little bit injured now.”

Meanwhile, Liverpool youngster Sepp van den Berg has revealed how Van Dijk helped him make up his mind about another loan move to Preston.

“They (Liverpool) were satisfied then (last summer). And hopefully, even more after this year,” Van den Berg told NOS.