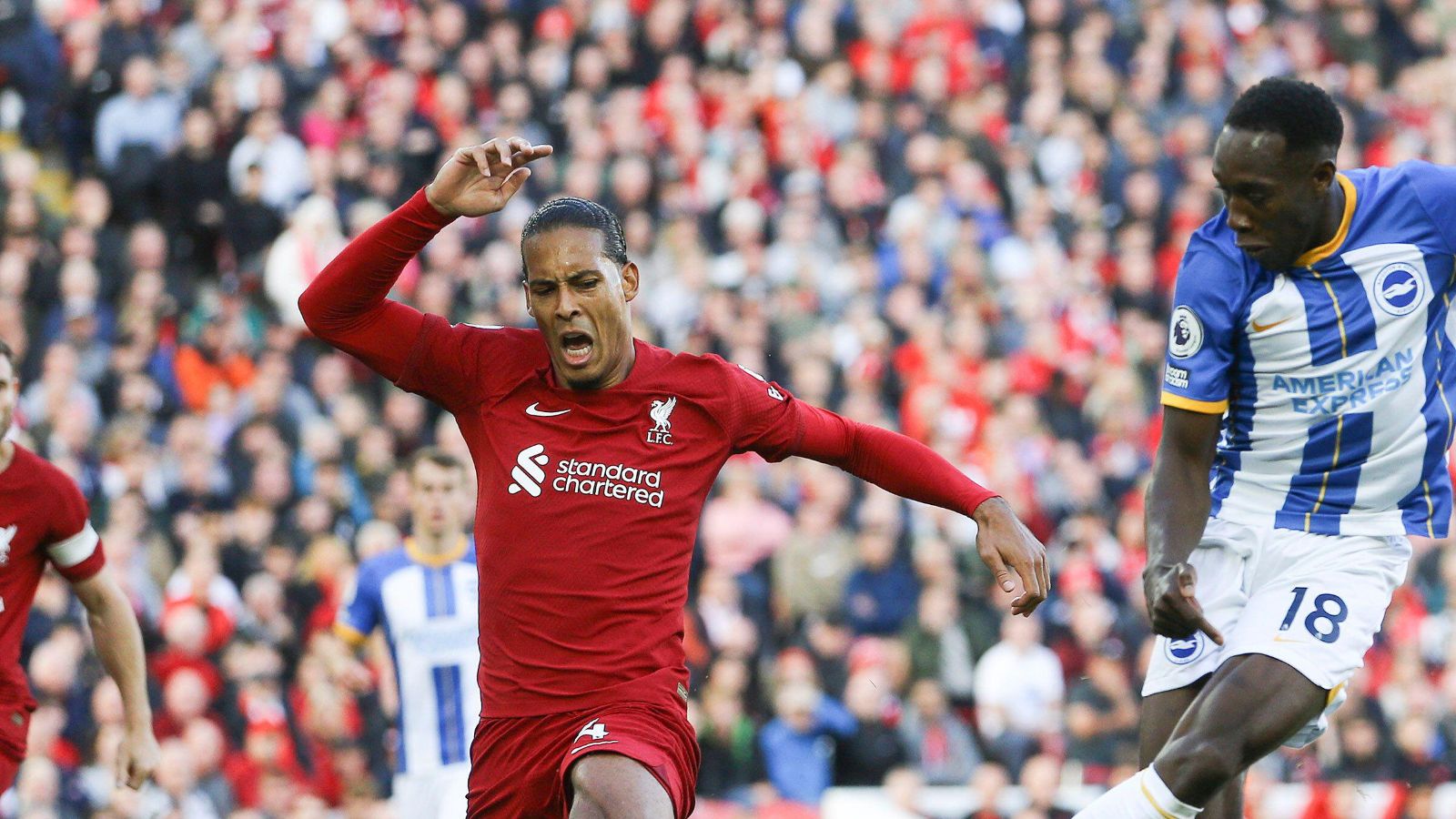 Virgil van Dijk has been slammed after he struggled in Liverpool’s 3-3 draw against Brighton and Hove Albion at Anfield on Saturday afternoon.

The Dutchman missed most of the 2020/21 campaign through injury but he returned to his best last term as Liverpool won the FA Cup and Carabao Cup.

But Liverpool have struggled at the start of this season and Van Dijk has been way off the pace.

The Reds endured another troublesome afternoon on Saturday as they drew 3-3 against Brighton.

Roberto De Zerbi’s side went 2-0 up inside the opening 20 minutes but Liverpool battled back to take the lead by the 63rd minute.

Leandro Trossard completed his hat-trick late on though to earn Brighton a deserved point on the road.

Liverpool have been more open defensively than they have been in the past. Their 4-1 loss to Napoli last month was another low point.

Tim Sherwood thinks Van Dijk was “very poor” against Brighton as he needs to “show a little bit more urgency”:

“It was very, very poor [from Van Dijk]. Just get back into position and get your body shape correct. He just sticks his left leg out for the clearance and the ball goes underneath, it’s a poor error for someone of his quality,” Sherwood told Premier League Productions.

“The rest of the dressing room look up to him, he’s the leader and he’s got to lead by example and show a little bit more urgency.

“It’s almost for me, I use the phrase ‘too cool to sweat’, and that’s what he (Van Dijk) looks like at the moment.

“He almost finds it too easy and he’s making poor errors because he’s switching off. You have to be concentrating all of the time, and if you’re not playing well make sure others around you are and organise them.”

Gabriel Agbonlahor has gone further than Sherwood, as he thinks that Van Dijk “didn’t want to defend” in the draw.

The ex-Aston Villa man has also claimed that Jurgen Klopp is “making mistakes” as Luis Diaz and Darwin Nunez should have started.

Though it is worth noting that the manager noted that they were named on the bench after he was advised by the club’s medical staff that they should not start.

Agbonlahor told talkSPORT: “He’s making mistakes as a manager. Today, start Diaz, start Nunez. He started Carvalho, took him off at half time.

“You can’t make these mistakes in the Premier League. Brighton are a top side, they’ve shown that.

“Teams are targeting that right-hand side with Trent [Alexander-Arnold] and it’s hard to watch Liverpool defend. [Joel] Matip as well today was poor, and they’ve got problems Liverpool.

“Arsenal play them next week at the Emirates and Arsenal fancy themselves to beat Liverpool, be 14 points ahead of them. The Mr Mentality Monster [Klopp] needs to be a mentality monster himself and get his team to play better.”