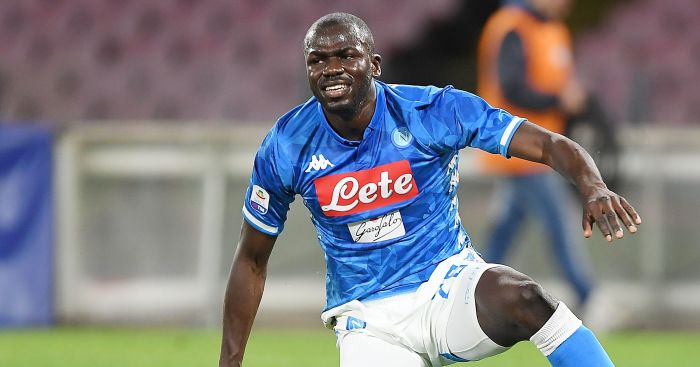 Kalidou Koulibaly has changed his representation ahead of his attempt to secure ‘one of the biggest contracts for any defender in the world’.

Koulibaly has established himself as one of Europe’s leading centre-halves since joining Napoli in 2014.

The Senegal international has been a Serie A staple ever since, and has emerged as one of Manchester United’s reported three main transfer targets.

It is expected that the 27-year-old would cost more than the £75m Liverpool spent on Virgil van Dijk, which remains a world-record fee for a defender.

The Independent suggest that ‘a fee in the region of £90-100m’ could ‘convince Napoli to sell the player,’ with Carlo Ancelotti otherwise reluctant to lose him.

But Koulibaly’s decision to part ways with his agent and appoint his brother as one of his representatives is seen as a clear indication of his desire to leave.

It is claimed that Koulibaly cut ties with Bruno Satin late last year at the behest of his family, ‘who want a bigger piece of the finances surrounding any future transfer’.

And while the centre-half ‘has a strong attachment to the club,’ he realises that his stock will have ‘peaked’ this summer, and so ‘is seeking one of the biggest contracts for any defender in the world’.