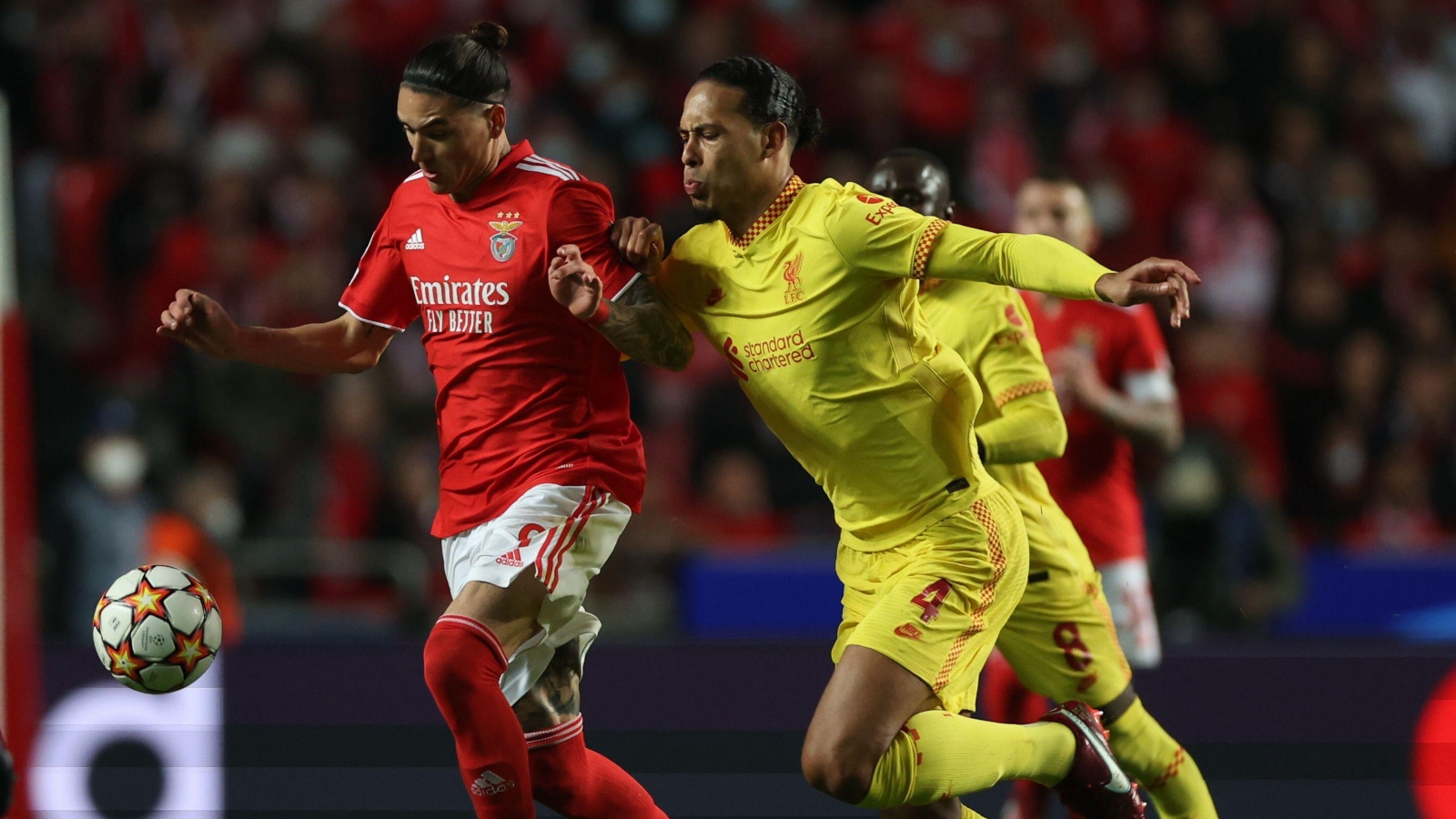 Virgil van Dijk transformed Liverpool’s fortunes, but he is not the only club-record signing that has had a fantastic impact. We pick six big-money deals that worked out very well for everyone involved.

You can read our piece on six players who flopped after becoming a club’s record transfer here. All prices come via Transfermarkt.

Virgil van Dijk (Liverpool)
In 2018, Liverpool smashed the transfer record that was previously held by Mo Salah to bring in long-term target Virgil van Dijk from former feeder club Southampton for £75m. He was just about the final piece in Jurgen Klopp’s puzzle before the addition of Alisson in the following transfer window. As soon as Van Dijk joined, Liverpool became a completely different animal. They went from dropping stupid points to being feared by everyone and became pretty much unbeatable at Anfield.

After losing in the Champions League final shortly after the Dutch defender’s arrival, Alisson completed the back five as they romped to European success. The Reds also won their only Premier League title with Van Dijk in defence and he has made his partners all look utterly brilliant too. From Joel Matip to Ibrahima Konate, anyone can slot in next to Van Dijk and look like a world-beater.

Romelu Lukaku (Inter Milan)
After struggling for Manchester United, Romelu Lukaku made a very healthy career move and ditched the Premier League for Serie A, and pretty quickly after returning to England last year, he knew he’d gone full Gob Bluth and made a huge mistake. Lukaku also broke Chelsea’s transfer record (it has not gone well) and became the most expensive player by accumulative transfer fees in the process.

Ignoring his disappointing second stint at Stamford Bridge, the Belgian striker was unstoppable in Italy and was clearly in the best shape of his career after much being made of his fitness and size during his spell with United. In his debut season, Lukaku scored 34 goals across all competitions as Inter Milan came second, finishing one point behind Juventus after conceding fewer goals, scoring more goals and losing fewer games than the Old Lady. He also scored in every Europa League game for his side after finishing third in their Champions League group, losing against Europa specialists Sevilla in the final.

The best season of Lukaku’s career came in 2020/21 as he fired Inter to their first Serie A title in over a decade. The Nerazzurri dominated the division, finishing 12 points above their city rivals, AC Milan, under the stewardship of Antonio Conte. Lukaku scored 24 goals and provided 11 assists in the league and, of course, returned to Chelsea after Conte also jumped ship. Everyone, us included, thought he would be a huge success back in England, but it hasn’t quite happened yet, with a move back to Inter potentially on the cards this summer.

🚨| Chelsea are open on allowing Romelu Lukaku to return to Inter Milan on loan pic.twitter.com/cVeYCpmxnW

Ousmane Dembele (Borussia Dortmund)
What an investment this was by Borussia Dortmund, who have a real knack for this. It took 29 games with Stade Rennes for the whole world to take notice of Ousmane Dembele, who was ridiculously flashy on the ball, extremely two-footed and pretty decent in front of goal. Dortmund did a Dortmund and signed him for £31.5m – likely accepting the fact he was using them as a stepping stone like many who came before him – and he lasted one season in Germany before being snapped up by Barcelona for a whopping £126m.

Dembele notched six goals and 13 assists in the Bundesliga as Dortmund finished third. He provided a further six assists in the Champions League, scoring two goals and had 31 goal contributions across all competitions. Still only 20 years old, Barcelona put a hell of a lot of faith in the French winger by spending over £100m to bring him in. He has had injury after injury since moving to Catalonia and was limited to only 23 appearances in his maiden season. He played more in his second year, but still struggled with injuries, which has been the theme of his Barca career. After a terrific second half to his 21/22 campaign, Dembele is out of contract this summer and the battle for his signature appears to be between the Blaugrana and Chelsea.

Dortmund smashed it, though.

Darwin Nunez (Benfica)
One of the most sought-after players in world football and the third player in a row who could be on the move this summer, Darwin Nunez broke Benfica’s transfer record in 2020, replacing Raul Jimenez as the Portuguese club’s most expensive player. Signed two months after his 21st birthday, Nunez joined from Almeria in Spain after coming through the reputable Penarol youth academy in his native Uruguay.

Nunez had a very solid debut season in Portugal, scoring 13 and assisting 12 in all competitions and played 96 minutes across both legs of Benfica’s Europa League last-16 defeat to Arsenal. It was in 21/22 that the Uruguayan forward really pushed on and emerged as one of the best young footballers in the world. Including 26 in 28 in the league, Nunez scored 34 goals in 41 matches, finding the back of the net at Anfield in the Champions League. Liverpool are one of many clubs in for Nunez, according to multiple reports from multiple sources. With Sadio Mane seemingly off, he would be an ideal replacement, but with Manchester United and Newcastle sniffing around, it won’t be easy. What is for certain is that Benfica will receive treble the £21.6m they paid to lure him from Almeria, at the very least.

Most goals per 90 minutes across Europe's top seven leagues:

Odsonne Edouard (Celtic)
Odsonne Edouard won four league titles, three Scottish Cups and three League Cups with Celtic after joining from Paris Saint-Germain for £9.27m, replacing Chris Sutton as their most expensive player ever. He failed to make a single appearance for PSG and only managed one goal in 17 matches during a loan spell with Toulouse, but the then 20-year-old had enjoyed a good spell on loan at Celtic Park in 17/18, doing enough to merit a permanent transfer the following summer.

Edouard was superb for Celtic after breaking their transfer record, scoring 22, 28 and 22 times in each of his three seasons at the club, picking up some experience on the continental stage along the way, although the Hoops struggled massively and have not won a European knockout tie in 18 years.

After scoring 86 times for the Scots, the French striker joined Crystal Palace in 2021, with the Glasgow club receiving close to £15m for his services, despite the fact he only had nine months left on his contract. The 24-year-old hasn’t had much of an impact at Selhurst Park and taking away his tremendous debut against Tottenham, Edouard will be disappointed that he has not been able to carry his form across the border.

Dimitri Payet (Marseille)
From one Frenchman to another, Dimitri Payet was incredible for West Ham but decided that he wanted out, and Marseille brought him back to his home country after agreeing a £26.37m deal with the Hammers. After a great season with Marseille in 14/15, Payet was bloody brilliant in his only full season in the Premier League, contributing to 27 goals in 38 games and had many West Ham fans screaming and shouting that he was better than Mesut Ozil.

After an amazing final year at the Boleyn Ground, the Irons struggled to adjust to life at the Olympic Stadium and the Frenchman wanted to leave, with Slaven Bilic admitting he had to go due to the impact his desire to return to France was having on the squad.

Moving onto his second stint with Marseille, Payet has been outstanding. After providing 21 league assists in his final full season with the Ligue 1 giants, he grabbed 13 in his first full season back. Payet helped his side reach the Europa League final, contributing to ten goals in the competition. At the age of 35, he found the back of the net 16 times last season as Marseille finished second in the French top flight. Under contract for another two seasons, there is no reason why Payet cannot continue to be one of the best playmakers in the division.