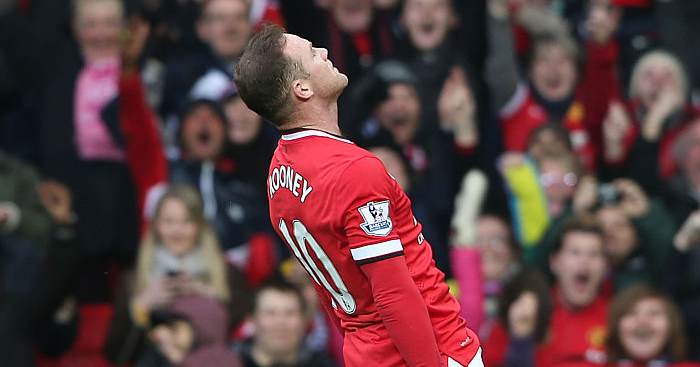 Louis van Gaal “p*ssed himself laughing” when Wayne Rooney told him about a video featuring him and Phil Bardsley boxing.

Rooney made headlines in 2015 after a video emerged of him and Burnley defender Bardsley sparring at his home.

The forward was said to have been knocked out in the skirmish, but made light of the situation days later with his goal celebration in a 3-0 win over Tottenham.

Rooney says that he went to then-Manchester United manager Van Gaal to warn him of the impending story, only for the Dutchman to find it “hilarious”.

“With Bardsley we had been out, went home and put the gloves on,” Rooney told the ‘No passion, No point’ BBC podcast.

“After I went down, I wasn’t knocked out. The video stops but we got up and carried on fighting. When we had finished, my nose had gone and he had blood coming out of his mouth.

“He has been brought up like me and loves boxing.

“I went in to see Louis van Gaal. I said ‘this story’s coming out about me and Phil Bardsley fighting in the house.’

“He p*ssed himself laughing. He found it hilarious.”

Wayne Rooney: “When it (boxing video) was coming out, I went to see van Gaal. I said ‘this story’s coming out about me and Phil Bardsley fighting in the house’. He p***ed himself laughing. He found it hilarious.” pic.twitter.com/Z5KUe0lSV3