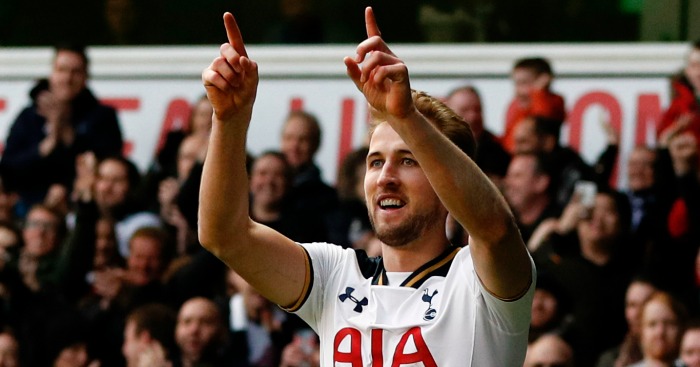 Ruud van Nistelrooy has praised Harry Kane as “a true number nine”, a “great player” and “a leader.”

Kane has emerged as one of the world’s finest strikers over the past couple of seasons, firing Tottenham to third and second place in the Premier League in 2015/16 and 2016/17 respectively.

The England forward has scored 94 goals in the last three campaigns for Spurs, and is threatening to break the sort of records that Van Nistelrooy set for fun during his time at Manchester United.

The legendary Dutchman, now retired from playing and in charge of PSV’s youth development, spoke highly of the 24-year-old at the weekend.

“Harry Kane to me looks like a great professional, somebody who works hard to get the maximum out of himself. He shows that out on the pitch,” the Dutchman told the Mirror.

“I think for Spurs he is a great player, a leader as well. That also goes for England. Added to that of course he is a great goalscorer.

“He is a true number nine – a strong and forceful centre-forward who is always a reference point during the build-up play.

“Nothing seems to faze Harry Kane.

“He takes everything in his stride. I hear he is very popular with the other players and I wouldn’t hesitate to make him captain.”