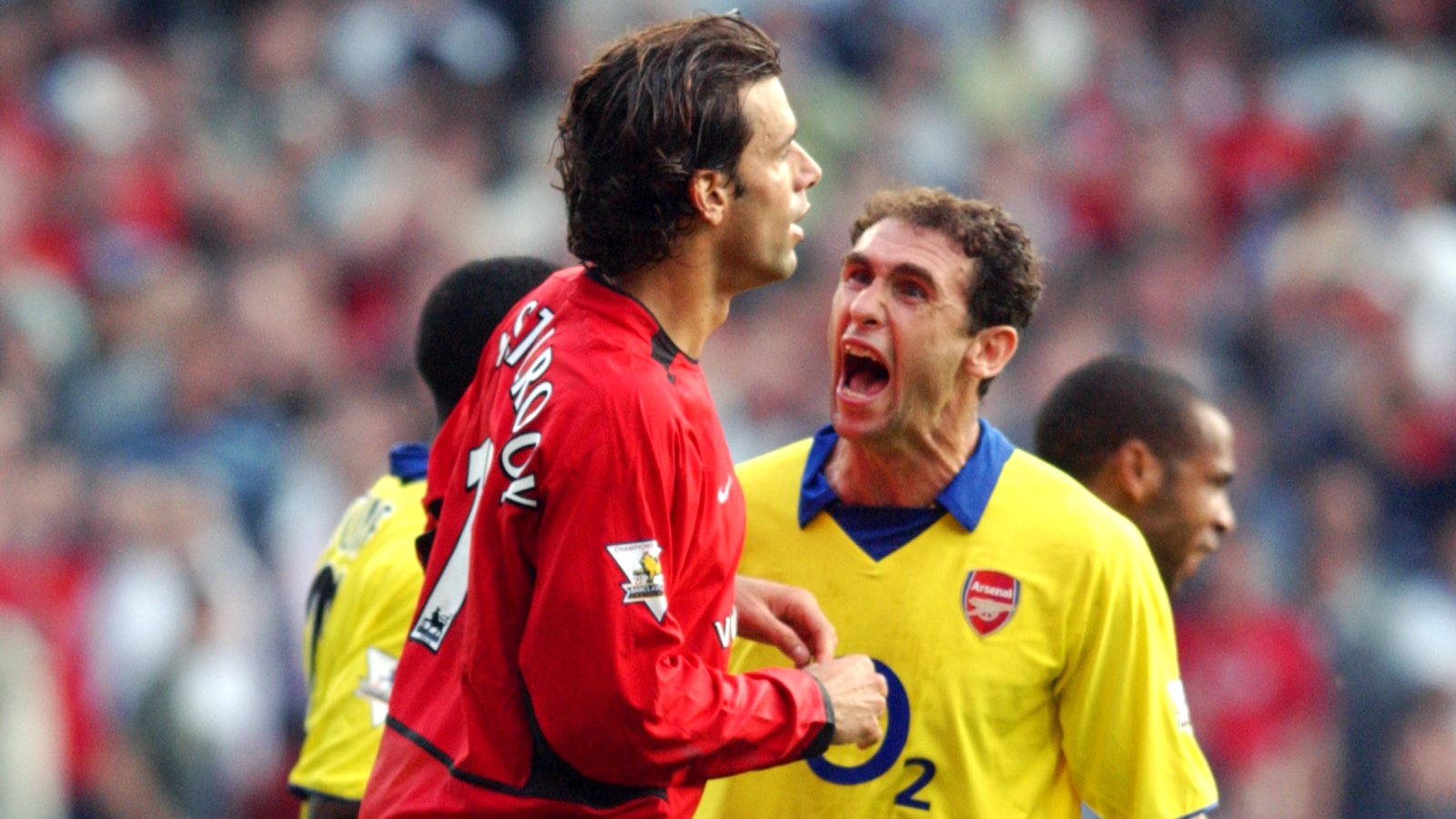 Ruud van Nistelrooy has joked that he expects a “warm welcome” from Arsenal fans as he takes his PSV Eindhoven to the Emirates on Thursday.

Van Nistelrooy is an infamous figure among Gunners fans after he missed a penalty for Manchester United to preserve Arsenal’s unbeaten run in their ‘Invincibles’ campaign in the 2003-04 season.

The Arsenal players then swarmed around the striker after he was deemed to have lured their skipper Patrick Vieira into getting sent off.

Asked about his return to Arsenal, Van Nistelrooy joked: “I expect a warm welcome. I kept them invincible because of my miss.

Martin Keown was front and centre of that fracas, jumping and celebrating in the Dutchman’s face.

“I didn’t react to what happened after the miss because of the incredible disappointment I felt at not bringing the win for my club,” Van Nistelrooy added.

“The pressure was intense for both teams because you are competing for the Premier League and it’s possible it will be decided in those games. It’s 20 years ago now. It doesn’t define me but coming back to England and to Arsenal, memories come back of my time there and those two infamous games are part of it.”

Van Nistelrooy got the last laugh though, scoring a penalty in their next meeting to end Arsenal’s unbeaten run after 49 Premier League games.

Van Nistelrooy continued: “Years later, it is great to look back and have a laugh. But I always think my time in England was five years not two games.

“I was able to win fantastic titles with United. Those two games were part of a very famous period working under Sir Alex [Ferguson] and playing with so many fantastic players. I don’t think I will get a good reception but that is good. It is part of the banter in football stadiums.”

Keown certainly didn’t see it as “banter” at the time, remembering he and his teammates saw the United striker as a “figure of hate”.

“I didn’t feel I could trust Van Nistelrooy going into that game at Old Trafford in September 2003,” Keown told the Daily Mail.

“Van Nistelrooy instantly became a figure of hate among Arsenal’s players. We felt he had succeeded in cheating to leave us up against it at Old Trafford, one of the most intimidating stadiums in world football at that time.”

READ MORE: The 20 best footballers out of contract in summer 2023 ranked according to ‘value’