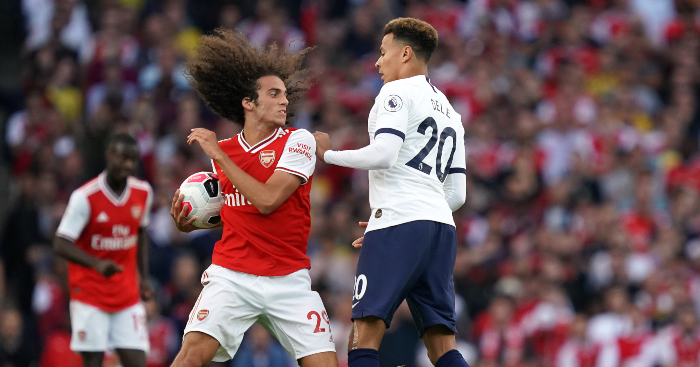 Robin van Persie claims three Arsenal midfielders do not have the quality to supply the service the club’s front three require.

The Gunners teed themselves up to reach the last 16 of the Europa League courtesy of a hard-fought 1-0 win at Olympiakos on Thursday night, with the winner coming late on from Alexandre Lacazette.

And despite earning a rare away win in a match many felt Arsenal would struggle in, Mikel Arteta was left with a feeling of “disappointment” after suggesting his side could have taken a greater lead back to north London for the return leg.

He told BT Sport: “To win away in Europe is very difficult, to come to a ground like this and get the result we got, it’s credit to the lads.

“I think we could have put the tie in a much better position, it is still good, but we had clear chances for top players that we expect to put the ball in the net.”

However, Van Persie has a theory as to why Arsenal did not claim a bigger margin of victory, and claims there was a lack of belief from their attacking trio of Lacazette, Pierre-Emerick Aubameyang and Gabriel Martinelli.

And Van Persie claims that stemmed from the belief that the trio behind them of Granit Xhaka, Matteo Guendouzi and Joe Willock did not look convinced and lacked a belief they could provide a crucial final pass.

“It was yeah [quite flat],” Van Persie said on BT Sport.

“Arsenal created a couple of chances, as we can see with Lacazette, this should be on target. Besides that one other chance, but what is the reason why Arsenal don’t create so many chances?

“If you look at Xhaka, Willock, Guendouzi – they don’t really have that final ball in their locker.

“And I do think that it sort of affects the front three in a bad way.

“The strikers always need to have that feeling ‘Oh that ball’s going to come’ and it’s not coming that often.”