Home Arsenal Mails: Why must loved players burn their bridges..? 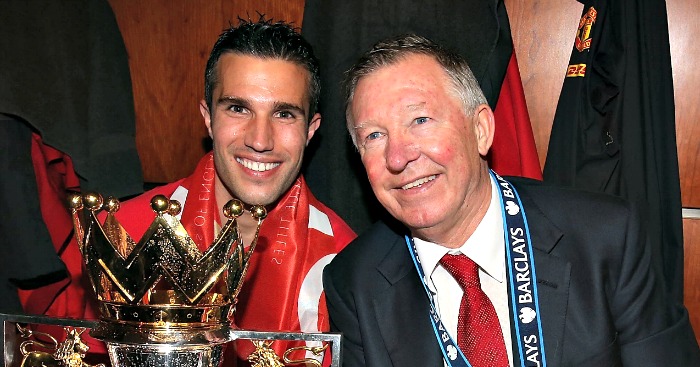 Send your emails to theeditor@football365.com…

Why do loved players burn their bridges?
I can’t be bothered with the international break, nor is it close enough to the weekend to get excited about proper football. Therefore, I thought I’d write in to gauge wider opinion on a topic that I often mull over. Namely…is it worth the aggro of an acrimonious transfer for limited success versus the club legend status but with fewer shiny things?

Van Persie leaving Arsenal for Man Utd was the transfer that started this thought process off – he got his winners medal and the adulation of Utd fans for that one season…but then his career quickly dropped off. Had he stayed at Arsenal, it’s not unreasonable to think he’d have been close to the all time top scorer and may have contributed to a more successful era. Now, as he approaches retirement, arguably the only club to LOVE him is Feyenoord, and even his first spell there ended acrimoniously.

It’s easy when the shoe’s on the other foot (ie Sol Campbell probably thinks being hated by Spurs fans was a fair deal for his success), but when the rewards are comparatively minimal…I dunno…I’m not a professional and maybe medals are all at the end of a career, but as a fan, I’d rather be a club legend with nothing shiny than A N Other player with a medal.

Maybe Le Tiss or Shearer also regret their decisions in the inverse way…but I’d be glad of a Mailbox opinion or two in this.
Rich, London, AFC (when did the brackets thing get killed off?)

Suspending Lloris sends stronger message
Would stripping Lloris of the captaincy really send a strong message that drink driving is unacceptable? What would happen if it were someone else (ie not the captain) who was caught drink-driving? You can’t strip them of the captaincy, and a 2-week fine would be equally meaningless.

To send a strong message, the team would have to suspend him for a game. So actually, simply taking the armband away from Lloris would have been the cop-out, easy solution for Spurs… and they were still unwilling to do this.

My advice to Spurs – look at the example Juventus set with Bonucci. That wasn’t even for anything as egregious as drink-driving, but he was kept out for one game for challenging Allegri’s authority. And not for any old league game, but for a Champions’ League Knockout tie.

If the club is not willing to suspend a player from playing because the player is too good to be missing a game, it sends the message that the player is more important than the club, and the club has no principles, only results. That might work in the short term but in the long term it’s going to come back and bite them in the arse.

(Of course to suspend Lloris for a game while he is still injured would have been equally a cop-out)
James, Zug

How stupid does a footballer have to be to drink-drive?
I think Storey makes a good point about Tottenham wrongly not having stripped Lloris of their captaincy. It is of course something we have seen before, football clubs only have a strong conscience as long as it is in their interest. Even a biting Luis Suarez will be bought.

What I really don’t understand is why footballers get in their fancy cars after drinking. I live in a place where mild drink driving is much more socially acceptable than in the UK and I can understand why some people will do it, when public transport is so poor.

But, if you (literally) have money flowing out of your pockets, then why, oh, why would you not just wait for another taxi…….??
Andreas, Brussels

But I don’t recall seeing whole articles on F365 calling for further punishment because he is a role model. A far bigger role model with a far bigger public following I might add than Hugo Lloris enjoys.

Whilst he was not captain of Everton at the time so couldn’t have had it taken away, there were other things that the club could have done as punishment beyond fining him a few pounds which really doesn’t mean much to him, but nothing was suggested in the press as they are now with Hugo Lloris.

Whether you believe punishments beyond what courts hand out are correct or not for footballers breaking the law, the same attitude should be taken with all footballers, not just those that don’t play for England

I would like to float a theory to you. Since you don’t understand the point of Henderson and Dier, and find it hard to appreciate Loftus-Cheek and Delph, could it be that it’s not them, it’s you?

Now it’s not a kneejerk reaction but a plain observation over the years that almost no midfielder (you actually and regularly watch) seems good enough to you. Maybe, just maybe it’s you who doesn’t understand the deeper role in midfield. Maybe it’s because it is quiet ticking that denotes the success of the role. Maybe it’s the sexiness of Spanish midfield passing that has blurred your vision. Wonder if other readers have noticed the same?

Would love to see an analysis of midfielders of European teams by Storey to find out if it would still hold true.
Anon (A midfielder myself, so expecting Dan to not understand me)

On the homegrown quota
Interesting email from Olly Cole, THFC this morning. The only part I disagreed with was “these players would be forced to go and get themselves a game elsewhere”. Unless you’ve devised a new system which you haven’t told us about, they could still choose to be squad players at big clubs. I think the major positive would be to remove the “English Premium” currently on their heads. This could have some big implications:

– It would level the playing field for foreign teams who may be interested in English players but aren’t required to have them as Prem teams are. More Englishmen abroad?

– if City don’t need Delph in their squad and are willing to pay over the odds to get him, he’d almost certainly be first choice for another top half team (not necessarily the Prem). As Olly says, fewer excellent (but not elite) players warming benches.

– The main complaint about foreign players are the ones who are no better than their English counterparts. If the cost of English players reduced to the mean, are clubs going to be so keen to look abroad for talent? Would we end up with more English squads?

– Clubs wouldn’t over pay them as much to sit on the bench. They could get the same money elsewhere, and actually play football!

I’m sure there are others I haven’t thought of.

This may be an example of a rule achieving the exact opposite of its intended outcome. Time for a major rethink.
Aeddan, LFC