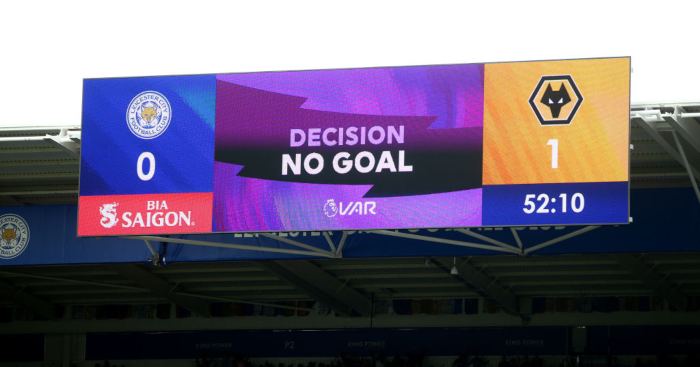 The use of video assistant referees (VAR) in Premier League games has been given a mark of seven out of 10 by Neil Swarbrick, the man in charge of the new system.

He said VAR will evolve and asked for fans to be patient after another weekend of controversy.

Sheffield United had a goal ruled out for a marginal offside at Spurs while Manchester City saw two penalty appeals for handball turned down at Liverpool.

“I’m really pleased, honestly, with how we have started out,” Swarbrick said.

VAR was introduced in the Premier League this season after trials in the Carabao Cup and FA Cup, but the inconsistency and decision-making time has angered fans.

Asked how he would rate the introduction of VAR out of 10, Swarbrick, the Premier League referees’ lead on VAR, told BBC Sport: “I’d give us around about seven-ish.

“We have more decisions correct with VAR than without it. If the mark now is seven – early days – in two years’ time I’m hoping for maybe a eight and a half or nine.

“We are open to evolving with this – it’s not a case of we’re not budging. We will listen to feedback and where we can improve things, we will do.”

It is understood the accuracy of decision making around key incidents, such as goals, red cards and penalties, has increased from 82% last season to above 90% this term.

VAR is the talking point of the season so far and Swarbrick admitted it is a tough job for officials but that they are equipped to deal with the criticism.

“It’s hard to put into words the pressure you feel as a VAR when you’re behind the screen,” he said.

“When we brought the media in for demonstrations, and we gave them clips to look at with no pressure on them to view these incidents, they said this is really hard.

“When I was refereeing there were incidents where the referee would get criticised. It’s nothing new to us, it’s part of our fabric, our make-up, it’s what we’re kind of used to and we are very resilient in that way.

“We take criticism on board. The criticism comes from people’s opinions. I could look at an incident where I haven’t given a penalty and be quite comfortable with that. Yet everyone could be criticising me. It’s all about perspective.”