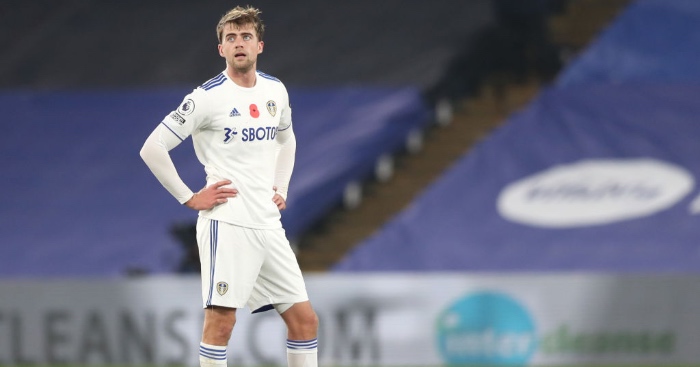 Leeds striker Patrick Bamford believes VAR ‘is ruining the game’ after he had a goal ruled out in the loss to Crystal Palace.

Bamford finished off a brilliant move for Leeds in the first half, running in behind the defence.

He smoothly chipped the ball over Vicente Guaita to show his effectiveness in front of goal.

However, the goal was ruled out as Bamford was deemed as offside. The player could be seen pointing to where he wanted the ball, although his feet looked in line with the defenders.

Speaking after the match, the English striker said: “I thought it was just a formality checking it. I thought it would be fine. I’ve been playing seven years and I don’t understand the rule now. Nobody really knows.

“The ref when I asked him didn’t really know. I’m not just saying it because it’s my goal but I’ve seen plenty on the TV. It’s ruining the game I think.

“I’m enjoying my football but it’s hard to say after you’ve just lost the game. It’s a shame today the goal means nothing as we came away with no points. Hopefully the next goal helps us win the game.”

“I think we had a really good start. It was surprising and I don’t think many people expected it. The last few games have been disappointing. It’s a solid start and something to build on. Maybe the international break has come at a good time.”

Leeds’ next match is against Arsenal after the round of international fixtures.