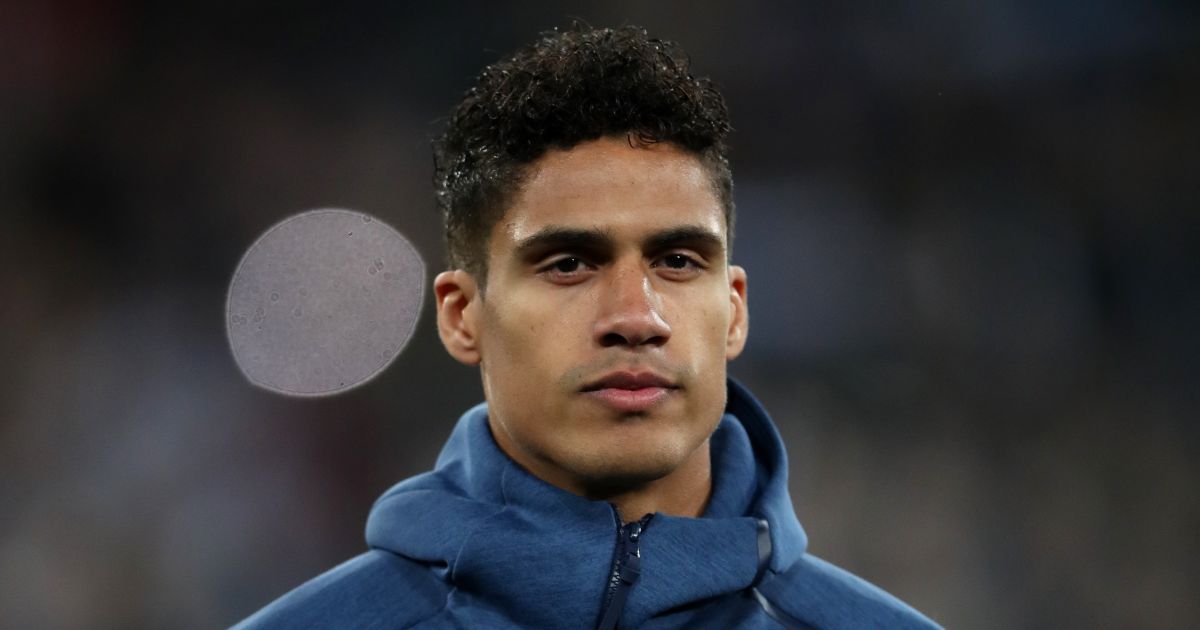 We need your Mails. Send them to theeditor@football365.com…

Weather Va(ra)ne
Every good historian knows that the weather can have a huge impact on important moments  – the break in the weather for D-Day, the drought-induced famine before the French Revolution etc etc – thus we should expect Varane will be in a negative state of mind after moving from Madrid (30 degrees every day in July) to Manchester (rain forecast pretty much every day in August). He’ll be dreadful for the first month of the season, starting with a schooling from Bamford on the opening day.
Shappo

Sancho and Varane will hopeful prove excellent additions but I can’t help but worry that without a more solid central midfielder we could have a defensive axis of Baresi and McGrath (at their peaks to be clear…although even now they could be an improvement on Bailly at least) and still suffer against the top teams.

Ndidi or Rice would be lovely but I think unlikely given their respective costs. A more mutually beneficial option could be a Veratti/Pogba swap deal. I genuinely believe both clubs would be more than happy with this and it would improve their chances of winning titles.
Mick C, Dublin (enjoying the football in the Olympics so please leave it as it is)

No Pep in Jack
Sorry but can’t understand the hype for Jack Grealish. Admittedly i don’t watch Villa a lot but from what I have seen both in PL and glimpses from his performances  at international level … he craves for freedom, makes decent driving runs , creates few chances and occasionally scores.

All in all he is almost like an upgraded version of Ross Barkley or an inferior version of Eden Hazard.

100 mill seems to a lot of money for a midfielder who can’t seem to be capable of breaking into England national team. At City he will no longer be center of a team and will no longer have the freedom to roam from Pep.

I fully expect him to be a flop at Man City. But I rather have City spend 100 million on him than spending the same on Lukaku or Halland.
B CFC ( Maybe Chelsea should get Lautaro Martinez)

Rashford response
So Rashford has released a statement regarding his injury. I have so many questions. Firstly Marcus states his love for club and country as the reason why he didn’t get the surgery. Aww bless. So we now know Marcus loves his club and country more than any other professional footballer ever has and feels that he is sooo important to both that he felt that he needed to be the hero and play through pain. You’re the man Marcus! Then he continues on by saying “I needed to feel like I was part of the team again” “I needed to play my part” with emphasis on the “ I”. There’s no I in team Marcus.

The best thing you could of done for the club you hold so dear is got the surgery immediately and been back for the team in the latter stages of the ropey league and euros fully fit and firing. Did you not trust your teammates to beat a few pub teams on the way to the Europa league final in your absence? What the hell is ole and his medical staff doing by the way as all this unfolded? Do they not have a duty of care to the players? If you put it down to an over zealous youngster who wanted to play football, then it was up to the manager or head physio or someone to go “Marcus, I know you want to play through the pain but you’re injured mate so we’ll get you fixed up here and you’ll be back for the business end of the season and the euros, where we are going to need you” What kind of circus are you running over there? Is the tail wagging the dog? If Marcus says he’s fit he’s fit??

He then goes on to say he needs to listen to his body. Yes I agree, well said Marcus. Then he goes but people have their opinions (like the clubs medical staff?) but I know my body better than anyone. Do you Marcus? Do you realllly? So while you’re playing poorly post injury and stinking up the Europa league final was, in the words of R Kelly your “mind telling you no, but my body, my body is telling me yeah!” Then he goes into dreaming of playing for England as a little boy so had to go, then follows it up with if I knew I wasn’t going to play I wouldn’t of went. What about your country Marcus? Is playing a supporting role to the first team not as important? Again no I in team. He then goes onto say he didn’t want to let anyone down and felt like he did. I’d say that is honest and heartfelt as obviously he didn’t see it going like this so I have no issue there. Then he finishes by throwing in his goal contributions. Oh no Marcus, you don’t big yourself up. He’s out here flexin after what’s just gone down. Bold.

To summarise this was handled very poorly by the club. The fact that a club the size of Man Utd felt like they had to play a player “through the pain barrier” when they have one of the bigger squads in world football even if the manager doesn’t use it, is scandalous. Utd bought amad for 35m who has first team experience with Atalanta. You could of threw him in for three months and probably of seen the emergence of another great prospect. I have to question the decision making that’s going on. I think in decisions like this it has to be taken out of the players hands and the manager needs to step in and do what’s right for the player. He did not. As for Marcus’ statement, I have the worlds smallest violin playing for you while I write this.
JB

Petty is as petty does…
With the news of Rashford’s impending surgery and confirmation that he’s likely to miss somewhere around 2 months of the new season, I’m wondering if JB (from Wednesday’s Mailbox) would like to reconsider his views…