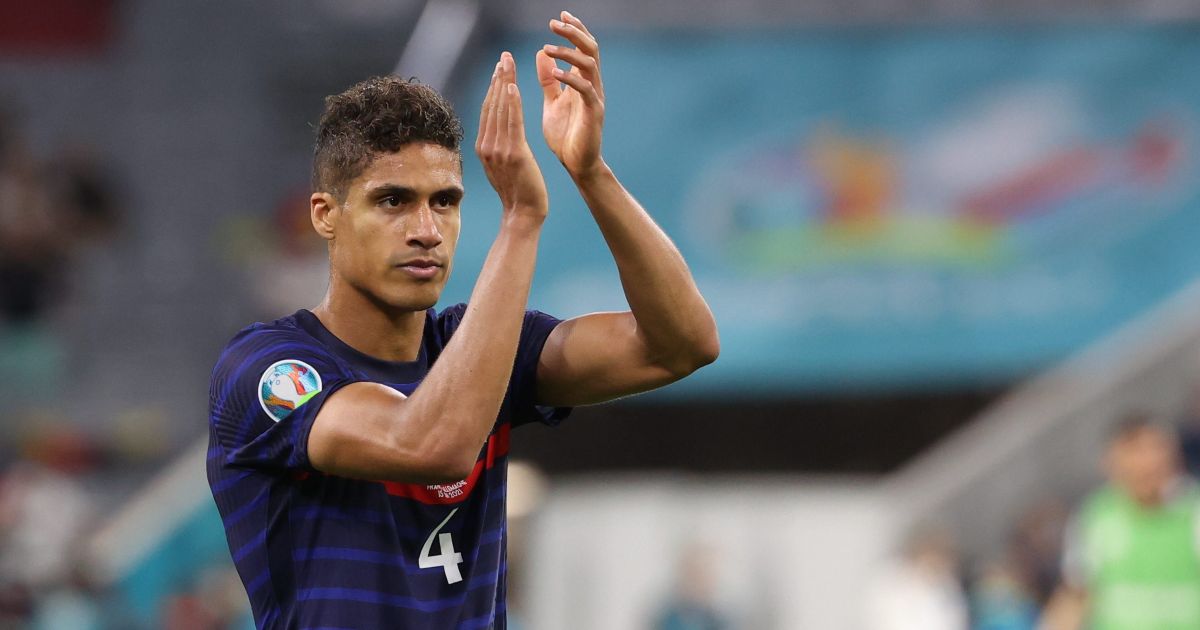 Real Madrid have reportedly accepted that Raphael Varane will leave the club this summer and are now waiting for a formal offer from Manchester United.

The France international has consistently been linked with a move to Old Trafford in the last six months.

He is out of contract next summer and Madrid want to avoid losing him for free at all costs.

MEDIAWATCH: Huge hints and huge boosts on Rice and Grealish

They are therefore willing to cash-in on the centre-back for a lower fee due to the contract situation.

It’s thought the La Liga giants will accept around €50million for the 28-year-old.

Goal claim Varane was offered a new contract before Euro 2020, but the player delayed his response to focus on the tournament.

But the report claims Madrid are still yet to hear from Varane despite France being knocked out at the last 16 stage at the end of June.

The lack of word from the defender is said to have led Madrid to believe that he will leave the club this summer.

They are therefore keen to facilitate his exit and are waiting for United to table a formal offer.

Varane is scheduled to return to Real Madrid training on 23 July and the club are reportedly keen to finalise his exit before that date.