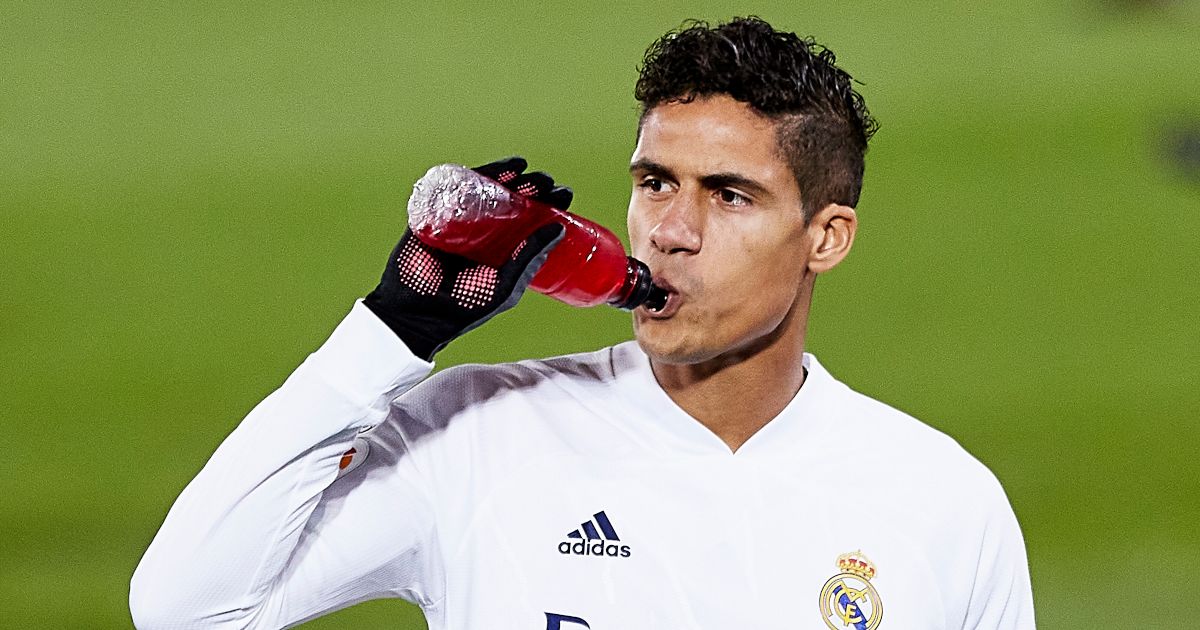 Raphael Varane has reportedly told Man Utd that he will join them if they can agree a fee with Real Madrid this summer.

It is understood that the France international is keen on a new challenge away from the Bernabeu after winning four Champions Leagues and three La Liga titles over a decade at the club.

Varane only has a year remaining on his contract and it seems like Real are beginning to accept that they will have to sell him this summer.

A report on Saturday claimed that Varane has set a two-week deadline for Man Utd to get the deal done, as he wants it sorted before pre-season in Spain.

Previous rumours indicated that Man Utd are ‘close to finalising’ a £40m deal for the Frenchman after sealing the a transfer for Jadon Sancho.

Other sources have said that the Red Devils are on the ‘final offensive’ for Varane but others warned of a possible long process to finalise a deal.

And now Sport (via Sport Witness) claims that Varane has ‘given his word’ to Man Utd but that there is still some way to go until both clubs are satisfied with a deal.

Widespread reports in Spain have said that the Red Devils have so far indicated they are only willing to pay €45m, while Real’s demands have been reported to be as much as €70m.

However, Sport reckons their asking price for Varane is currently set at €60m and, despite a €15m bridge to overcome, ‘his departure is inevitable’.

Townsend told talkSPORT: “If you look at Manchester United’s team, they are very top-heavy.

“They have a lot of forward options and Jadon Sancho will give them another option but Varane, if he does come in, will solidify the back four.

“He will give them extra strength, extra pace and somebody of his calibre is more suited to the Premier League.

“He’s big, he’s strong, he is quick and I definitely think Varane takes them closer to where they want to be.”