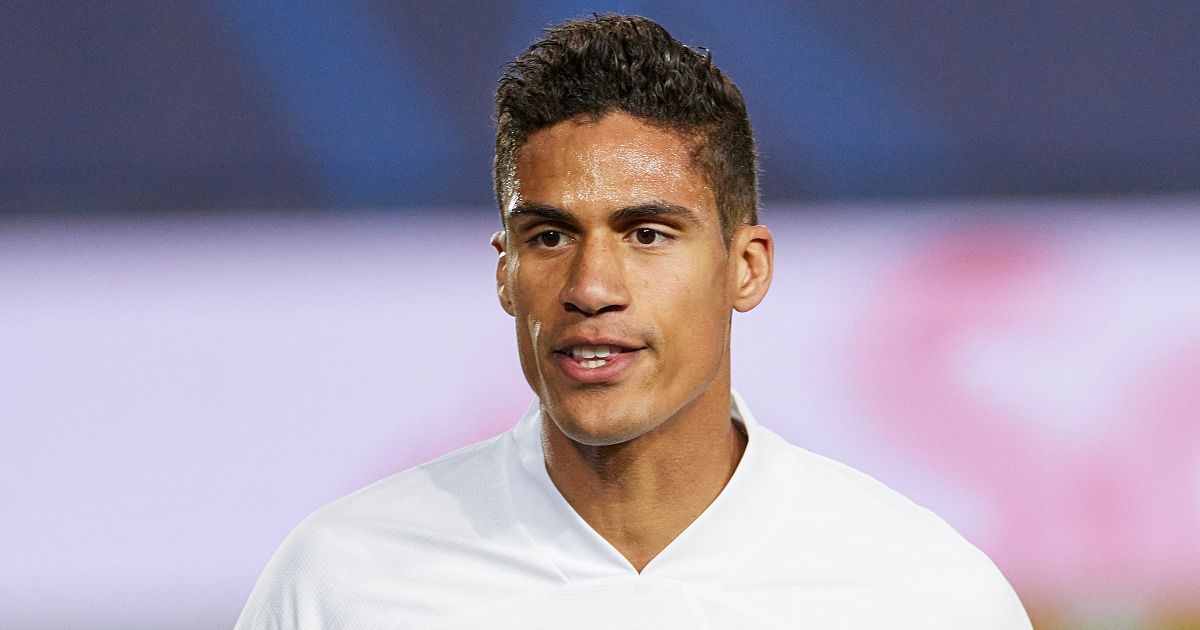 Real Madrid centre-back Raphael Varane wants a transfer to Man Utd wrapped up within the next two weeks, according to reports.

Ole Gunnar Solskjaer has reportedly made Varane one of his top two defensive targets for Man Utd, seeing the Real Madrid man as the perfect partner for Harry Maguire next season.

Sir Alex Ferguson tried to sign Varane from Lens a decade ago, before Zinedine Zidane – the then sporting director of Madrid – pursuaded him to join the Spanish giants instead.

They are also said to have come close to making a £100million bid for Varane following his displays in France’s successful 2018 World Cup campaign.

But the transfer rumours have perhaps never been as consistent as they have been this summer with a recent report claiming Man Utd are ‘close to finalising’ a £40m deal for the Frenchman after agreeing a transfer for Jadon Sancho.

Other sources have said that the Red Devils are on the ‘final offensive’ for Varane but others warned of a possible long process to finalise a deal, including Fabrizio Romano.

Manchester United are in contact with Real Madrid for Varane. No official bid yet – won’t be a “quick” deal. 🔴 #MUFC

Personal terms won’t be an issue – Real still hope to convince Varane to stay, but he wants to try something new. He’s on top of #MUFC list as CB since months.

However, Spanish newspaper ABC (via Sport Witness) claims that Varane wants everything sorted in the next fortnight as he doesn’t want to start pre-season with Real Madrid.

Varane ‘wants’ to play for Man Utd with a ‘pre-agreement’ struck between the player and club, which would see the 28-year-old earn €12m a year on a five-year contract.

It is a big hike on the €7m a year that the Los Blancos are prepared to pay if he commits to a new deal.

Real Madrid think they can realistically receive a minimum of €55m for Varane but they are holding out for €60m, with Man Utd so far only offering €45m.