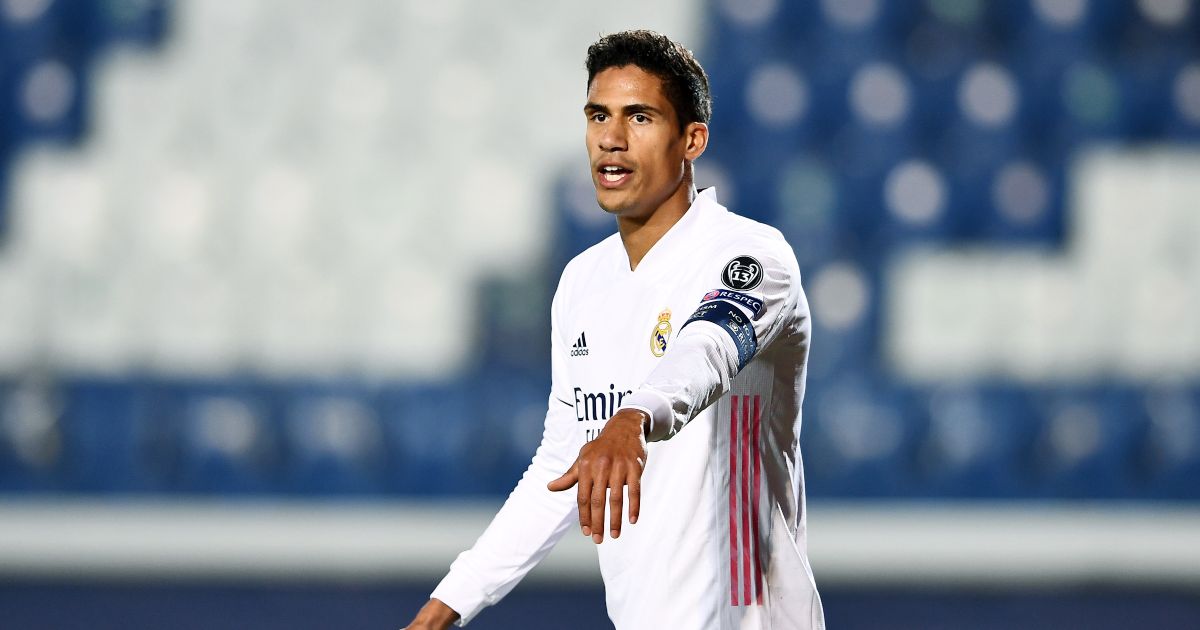 The imminent transfer of Raphael Varane has taken some at Man Utd by surprise as the club lined up three other options, according to a report.

The Red Devils announced yesterday that they had reached an agreement with Real Madrid to sign centre-back Varane.

Having completed the signing of Borussia Dortmund winger Jadon Sancho in a £73million deal last week, the 28-year-old is set to be the next arrival.

Man Utd have confirmed an agreement has been reached with Real Madrid for long-standing defensive target Varane to head to the Premier League.

The Old Trafford giants said in a statement: “Manchester United is delighted to announce the club has reached agreement with Real Madrid for the transfer of French international defender and World Cup winner, Raphael Varane, subject to a medical and to player terms being finalised.”

It is understood that personal terms have been agreed on a four-year deal with the option of a further season, with the contract to be signed after he completes his medical.

Varane will arrive in the UK after he and his family get their visas, with his United medical coming after he completes quarantine in line with current coronavirus travel restrictions.

The transfer is reportedly worth £34million rising to £42million with add-ons – a good deal for a player who was out of contract with the LaLiga side next summer. It is understood Madrid are paying the solidarity payment.

The Athletic claim that ‘there was some disbelief’ that Man Utd managed to pull of the deal after Real had beat the Premier League side to emerging talents in previous years.

‘So when on Monday morning, United’s outgoing executive vice-chairman Ed Woodward, back from holiday, agreed a deal with Real Madrid’s Jose Angel Sanchez to sign World Cup-winner Raphael Varane, there was some disbelief.

‘The speed of that deal took many, even some of those involved, by surprise. It had only been a few days earlier that Matt Judge had been telling some of United’s other centre-back options that the Varane transfer was not looking likely.’