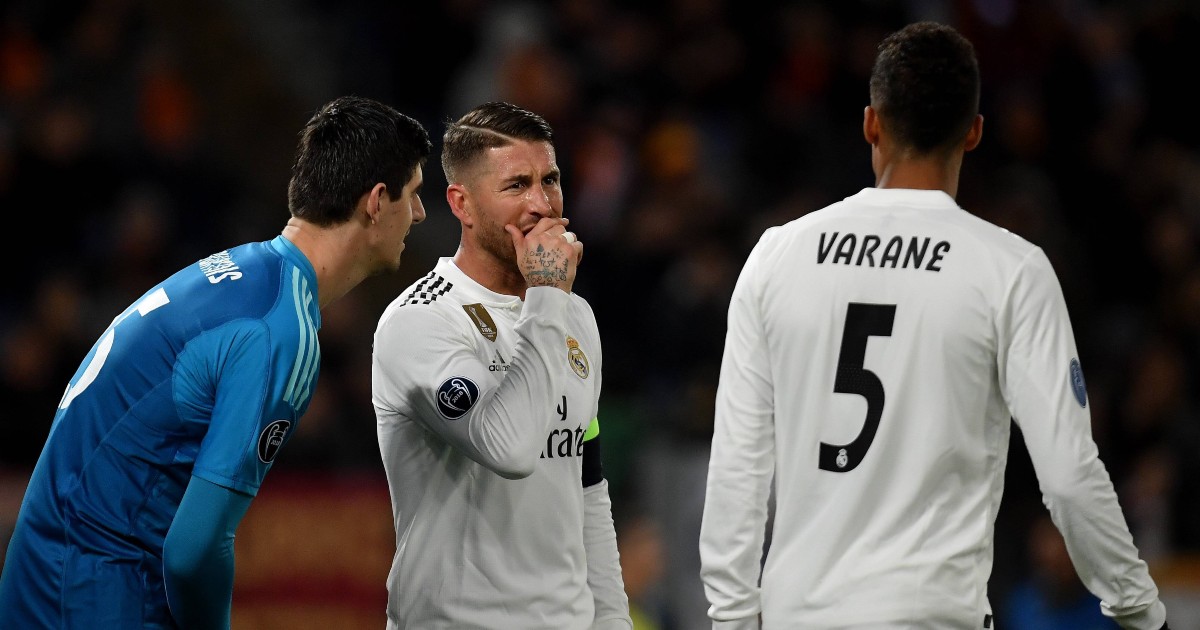 Manchester United are only tentatively pursuing Real Madrid centre-half Raphael Varane after having their fingers burned in a similar scenario six years ago.

Varane has emerged as the leading candidate for that role as he has just one year remaining on his contract at Real Madrid, whose financial situation might tempt them into cashing in while they still can.

Virgil van Dijk’s favourite defender is also thought to want a fresh challenge after winning every available trophy over a decade in Spain.

But Manchester United are ‘moving cautiously’ as they ‘are determined to avoid a repeat scenario’ of the Sergio Ramos situation in 2015.

The Daily Telegraph quote a source as saying the club was “scarred” when their long and public courting of Ramos under Louis van Gaal was used ‘as leverage’ by the Spaniard to negotiate a lucrative contract to remain at the Bernabeu.

Desperate not to befall that same fate, Manchester United will only move ‘provided it becomes clear’ that the interest from Varane is mutual.

Solskjaer is eager to bring in another centre-half amid ‘fears’ that an injury in that position could leave them ‘compromised’.

Maguire’s absence towards the end of this past season led to a lack of stability in defence, while Eric Bailly, Axel Tuanzebe and Phil Jones have all had physical issues at back-up.

It has been claimed that Varane might even stay in Madrid for another year to wait out his contract and move as a free agent in the summer of 2022, at which point Manchester United might have more funds freed up.

Their move for Jadon Sancho is expected to be confirmed in the coming days after the England international passed a medical.

Elsewhere, Edouardo Camavinga is said to favour a move to Spain instead of Manchester United.

Rennes midfielder Camavinga has registered on the radar of most of Europe’s leading clubs after establishing himself as a regular Ligue Un starter despite being only 18.

The France international, capped three times by the national team, has already made 82 appearances for the boyhood club he joined aged ten.

His performances have attracted interest from afar, with Premier League clubs Chelsea and Arsenal taking note.