Home Mailbox How did a ‘useless PE teacher’ sign Varane? 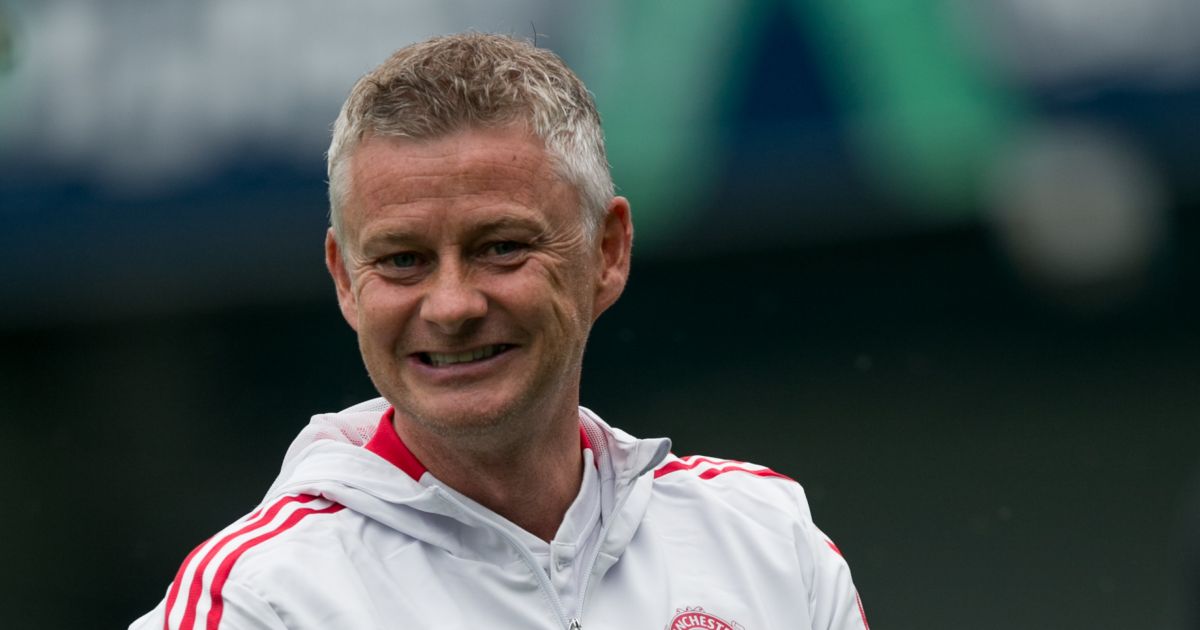 Send your Raphael Varane thoughts and more to theeditor@football365.com…

Mourinho out, OGS in…
…who’s going to want to play for United now? LVG and Mourinho attract world class players, no players are excited to play for OGS, he’s a PE teacher and with United not winning anything United wont attract top stars anymore.

But yeah, fat Barry from Grimsby on his sofa knows more than all those players, OGS is a useless PE teacher. Course he is.
Biscuit Dave

Lamela love?
Been quite surprised by the adulation being shown toward Lamela. I get that some of it is caveated by the fact he was a proper shithouse player but Spurs fans outpouring has surprised me.

For all his endeavour and determination the bloke was a liability. His trademark was to conceded stupid free-kicks in dangerous positions. Get yellow cards meaning he was then hamstrung for the remainder of the match. He continuously held the ball too long before choosing the wrong pass. I have lost count of the amount of excellent positions he managed to screw up.

I wish him well as his a popular figure among the players, and despite all the evidence beforehand, seemingly so among the fans but for six years he has been the epitome of ‘if only’ that so many attacking players Spurs have bought turned out to be.
Dan M

At a time where representation of non-white managers in the English game remains low, he creates an article denigrating the appointment of Vieira rather than hailing it as a positive step.

In particular when he says that any candidate that presented Vieira’s managerial history and numbers would not have got near Crystal Palace. Palace’s recent managers in the last ten years – Pardew, Allardyce, De Boer, Burley, Freedman, Holloway and Pulis. Hodgson’s win percentage is lower than Pardew’s, Allardyce’s, Pulis’. It’s even lower than Dougie Freedman’s.

He talks about Vieira’s managerial record and the number of games he has lost – his career loss percentage vs his games managed is 34%. Roy Hodgsons? 33%. 1% difference.

Whilst Roy Hodgson is “experienced”, his career includes plenty of silverware won in Sweden. His opportunities at big clubs/nations hardly shouts “Success”. 40% win percentage at Liverpool – you have to go back to 1991 (a 10 game stint for Ronnie Moran) and then the 1950’s for a manager with a worse record win % wise. Averaged 44% with Inter and ranks middle/bottom for success as Inter Manager in terms of win %. He couldn’t win a single trophy with a squad that during his reign contained Berti, Pagliuci, Robert Carlos, Javier Zanetti, Orlandini, Fest, Carbone, Ganz, Zamorano, Djorkaeff, Sforza, Angloma, etc. Don’t even get me started on the absolutely turgid football he had England playing that culminated in our elimination to Iceland. Sure he did well with an unfancied Fulham, but it’s hardly enough to say he’s a brilliant manager.

Hodgon’s longevity is a marvel, but his recent appointments are not based on recent success. His last trophy was 20 years ago, in Denmark, with Denmark’s largest/wealthiest club. After that you need to go back another 20 years for his last trophy win.

Vieira’s appointment is a brave one for Palace – and it’s nothing like “A Lampard”. Vieira didn’t get given a job because his uncle had a word with Mel Morris. And he didn’t get a job at a genuinely massive club like Chelsea on the basis that he was an excellent player for them. He has had to manage Man City’s u23 team. He took NYC to the playoffs in his first season, their first ever. Took Nice a position higher in Ligue Un in his first season. He has worked for this opportunity, and sure, his playing career likely played a part, he really was an exceptional player – but don’t compare him to a Lampard.
Mat, Liverpool

I enjoyed John Nicholson’s piece about Vieira only getting the Palace job because of his reputation or as John puts it “doing a Lampard”. I think we should also extend this concept to clubs that not only appoint managers based solely upon their playing careers, but also buy players based solely upon how familiar the PFM brigade are with them. We should call it “Man Uniteditis”.
Oliver, London

More Man Utd nonsense…
I’ve read recently that Marcus Rashford is now probably not going to get surgery. Shock horror. It’s all been a massive face saving spoof. Much like mason Greenwood’s “injury” that forced him out of the England squad or at least that’s what the media sold to us. Are you trying to tell me Man Utd allowed Rashford to play with a damaged shoulder all season? Yeah right. He played poorly last season so if that indeed was what hampered him why did Utd not get it fixed? That’s borderline negligence. Then he lost his spot to pogba, would that not also be a perfect time to fix the injury that has been consistently used as an excuse as to why Rashfords play has been poor???

Now you have solksjaer saying Rashford is away for a while to reflect what is the best decision. If there was something actually wrong, there would be no reflection you would just get it fixed. All reeks of face saving bull. A luxury that only young Utd players seem to get. Enter mason Greenwood, injury apparently ruled him out of the euros. Nothing said about the fact he had a bad season and didn’t deserve to go. Low and behold he was pictured training with the Utd team a week or two later. More face saving bull. Same from Ed Woodward when he released a statement and mentioned how utd play attractive attacking football under ole recently. What????

The amount of lies and fake news surrounding that club is astounding and it seems nobody in the media have the balls to call them on it.
JB

In reply to Mike D’s fun question, I have a soft spot for the goal that comes out of nowhere, against the run of play, and just lights up the game. It’s perfect when it’s the winning goal, making the memory of it all the sweeter.
For instance, Emre Can once scored an unforgettable overhead kick against Watford to win 1-0.
Or when Daniel Sturridge scored a brilliant Liverpool goal against Chelsea, the commentator cried: “He’s had some chances, he’s had some half-chances, but that wasn’t a chance at all!” Perfect.
Paul in Brussels

In response to Mike D I don’t quite know if you can class a particular type of goal perfect that comes down to personal preference – whether it’s an intricate team goal of first touches around the defence with a first touch finish, a sublime pass over the top scored by a volley, a thunderbastard from nowhere, a robona through the defenders legs, the attacker beating all of the opposition in their path and leaving one of them on his arse before they put the ball in the net or any other that produces a “take a bow son” or a goalgasm, for me a goal that puts the opposition fans on their feet to applaud in their home ground like Cristiano Ronaldo’s bicycle kick did against his current team in the Champions League is as good as it gets.
Gaz, CFC, Sidcup (don’t get me started on the Vaccine Passports)