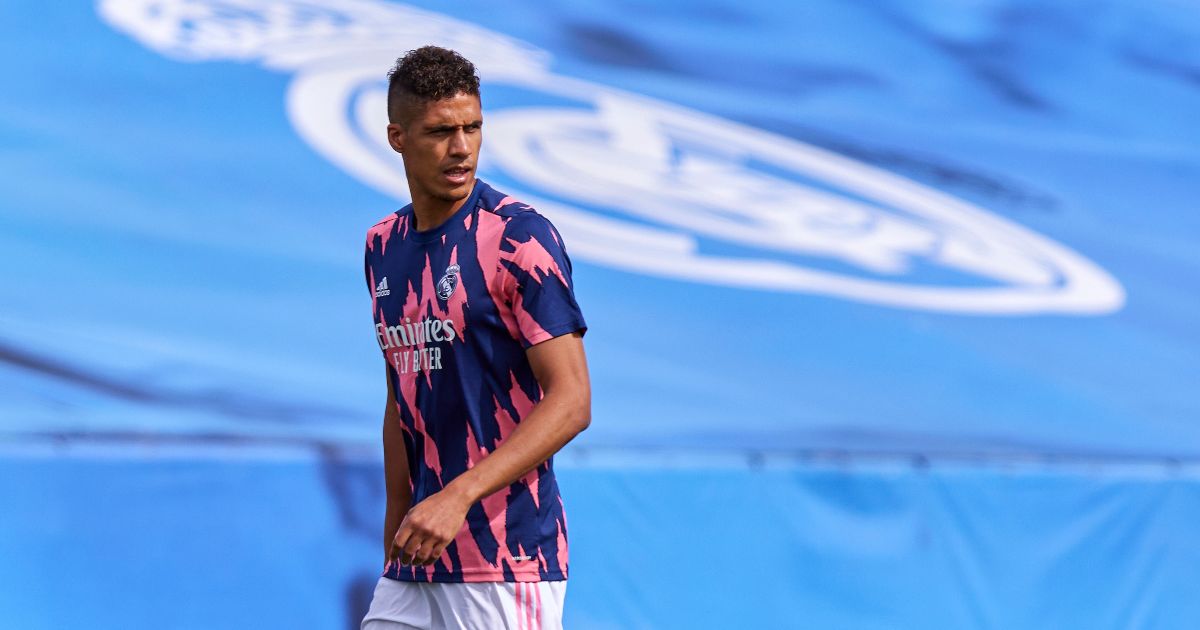 Raphael Varane wants to show respect to Real Madrid this summer by keeping his decision to join Man Utd a secret until the last minute, according to reports.

It has been the biggest transfer story over the past couple of weeks with reports in conflict about how far along a deal is.

The 28-year-old’s contract expires next summer so the Spanish giants are looking to cash in this summer to avoid losing him for free next year.

They would be happy to keep Varane, with a new deal reportedly on the table, but the France international is keen for a new challenge away from the Bernabeu.

It has been claimed that Real Madrid are prepared to facilitate his exit and are now just waiting for a formal bid to arrive from Man Utd.

The Sun claimed over on Friday that a deal was in ‘the final stages’ with Man Utd having ‘negotiated terms over a five-year deal’.

However, the Daily Mail disagreed a couple of days later, claiming that United are ‘wary of reports’ suggesting a deal is set in stone.

The Daily Mail added that ‘steady progress’ is being made with regards to the Varane talks ahead of a ‘formal offer’ being made this week.

The latest update yesterday came from the Manchester Evening News, who reckon a transfer is ‘inching closer every day’ and that Real Madrid’s asking price is ‘not expected to be a sticking point’.

Despite reports all over the media stating Varane is set on the idea of joining Man Utd, Mundo Deportivo (via Sport Witness) has claimed that Varane is prepared to keep his decision to move to Old Trafford a ‘secret’ until the last possible moment.

The Spanish newspaper call it a ‘key week’ with new Los Blancos boss Carlo Ancelotti to speak to the centre-back and figure out his future.

Meanwhile, Marca have reported today that Real Madrid are ‘afraid’ the France international ‘already has an agreement’ with Man Utd.

It now seems highly unlikely Varane will remain at the Bernabeu with his future seemingly in Manchester.