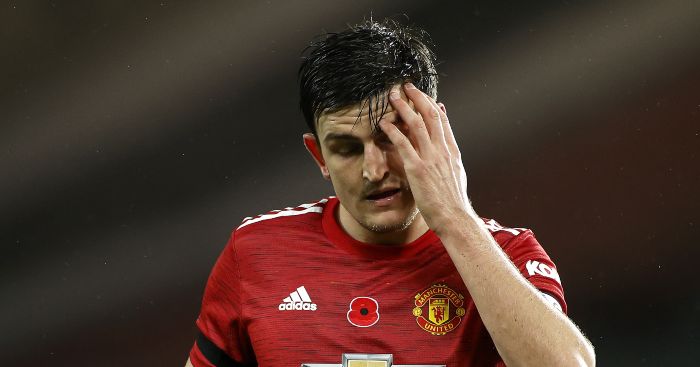 Manchester United made it nine straight domestic away wins for the season at Everton on Wednesday night, but that run may face its biggest test yet on Boxing Day when Ole Gunnar Solskjaer’s side take on Leicester City – and Jamie Vardy in particular.

After outwitting Jose Mourinho’s Spurs side in a 2-0 win last Sunday, Leicester will now be looking to down another top-four rival. Manchester United thrashed Leeds 6-2 last weekend, but the Foxes are unlikely to play into United’s hands the same way.

Speaking about the game on the latest edition of Big Weekend on YouTube, Sarah Winterburn says that if Leicester can utilise their counter-attacks, it could put United’s defence into a world of problems.

“Remember the lack of pace in that Man Utd backline; specifically, Harry Maguire who turns like an oil tanker. And then remember Jamie Vardy.

“Leicester are the best counter-attacking team in the country and Man Utd want that title. But Leicester will just not have the ball on Saturday. They will quite happily allow Man Utd to struggle to break them down as they tend to do over anybody who plays with some kind of low block.

“Leicester could do some serious damage on the counter. They were excellent last weekend – really good result. I didn’t actually see that coming because I thought Spurs would try to out defend them and they could almost cancel each other out. But actually, Leicester did to Tottenham what Tottenham want to do to everybody else.

“Leicester could well do that to Man Utd this weekend and I don’t think there will be the pressure with Leicester playing at home against Man Utd to play like the home team. It’s bizarre that even without fans there is this odd pressure to play differently at home.

“But I think Leicester won’t feel that pressure at the weekend. I think they’ll quite happily sit back and I think they will know what their biggest weapon is with Jamie Vardy’s pace against that Man Utd defence.”