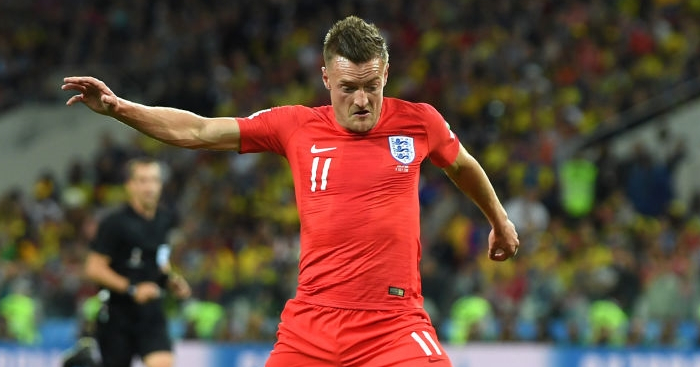 Jamie Vardy was expected to take England’s fifth penalty in their shootout win over Colombia before he suffered an injury.

Vardy was introduced in the 88th minute of England’s World Cup last-16 tie against Colombia, with the score at 1-0.

England conceded shortly thereafter and were forced into extra-time, when Vardy suffered his injury.

According to the Daily Telegraph, the Leicester striker encountered the problem five minutes into extra-time, which probably explains why he was criticised in our player ratings.

Sam Wallace adds that Vardy ‘had an injection in his groin’ straight after the game, and is now a doubt for the quarter-final against Sweden.

Vardy was intended to take one of the first five penalties in the shootout, with only him and Harry Kane the regular designated takers for their clubs.

But Gareth Southgate insists that his takers ‘must be fit and comfortable to strike,’ and that ‘no injured players’ should step up if possible.

In short, all hail Eric Dier.