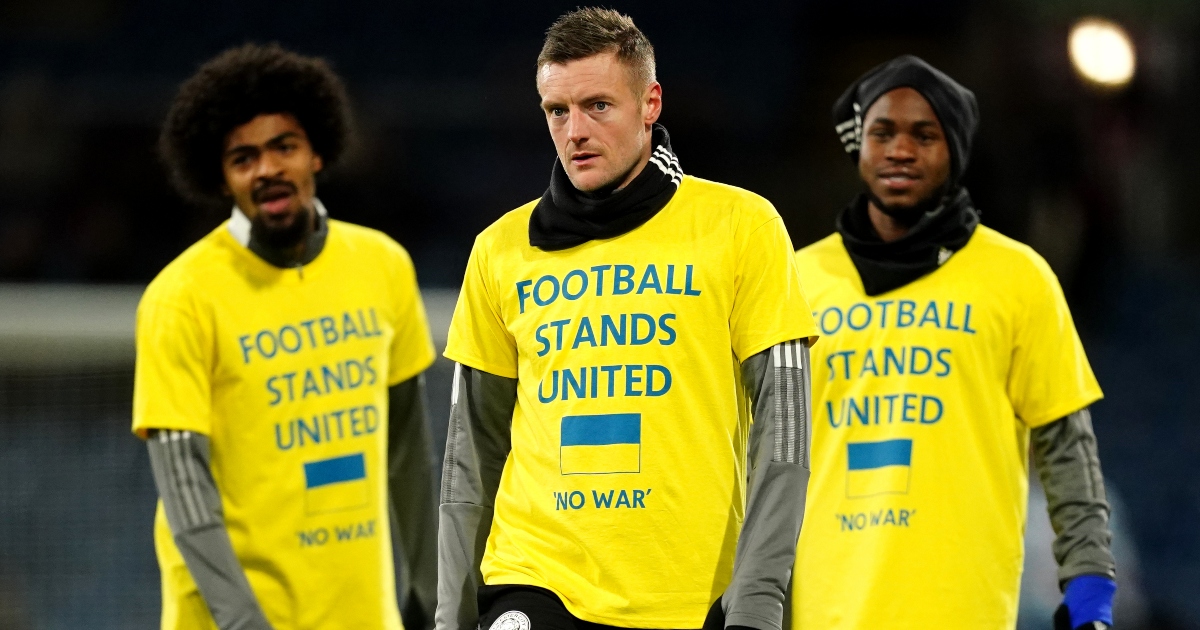 Jamie Vardy will miss “a few weeks” due to a knee injury, Leicester City manager Brendan Rodgers has confirmed.

Vardy sustained the problem in the 1-0 Premier League win over Leeds at the King Power Stadium on Saturday, in which the 35-year-old forward was making his first start of 2022 having recovered from a hamstring injury.

Kulusevski riding a Spursy wave that could end anywhere

Rodgers said at his press conference ahead of Thursday’s Europa Conference League last-16 first leg at home against Rennes: “Vards will be out, he unfortunately got injured in the last game so he’s going to be out for a few weeks, which is a shame.

“He got a knock to his knee, but hopefully in the next three to four weeks it responds OK. He just felt soreness the day after the game.”

Rodgers added of Vardy, who had scored on his comeback appearance off the bench when the Foxes won 2-0 at Burnley four days prior to the Leeds match: “It’s very frustrating, for him in particular of course, having been out for the period of time, working so hard to get back.

“And then you see the difference he makes coming into the team, and so then for us it’s frustrating because you miss that level of player. It’s just unfortunate really. Hopefully he can get back and get fit again, and we’ll see how he is in the next few weeks.”

James Maddison, absent on Saturday because of a back injury, and James Justin are set to return from their injury lay-offs on Thursday, but there will be no comeback in the match for Wesley Fofana.

The defender, who broke his leg in pre-season, has been nearing a first appearance of the campaign but is unavailable after testing positive for coronavirus.

Rodgers said: “He’s picked up Covid. It’s been our season, right the way through with injuries and unfortunate circumstances. So he’s not going to be able to feature tomorrow – but we’re hoping for the weekend now (Leicester are at Arsenal on Sunday).”

Leicester on Monday announced Fofana had put pen to paper on a new five-year contract with the club and Rodgers has emphasised just how highly he rates the 21-year-old Frenchman signed from St Etienne in 2020.

“He’s a very talented young player and to be able to tie him down tells you everything about how much he has enjoyed being here and where he thinks he can still develop,” Rodgers said.

“He’s been absolutely first-class since he came in, you’ve seen it in his performances.

“He’s one of the best young players I’ve ever worked with. I’ve been fortunate enough to work with a lot of really top young talents that have gone on and become world-class players, and I’ve got every confidence that he’ll follow suit, because of his talent and his mentality.

“If he keeps progressing, he’ll get to that elite level.”

Leicester face a Rennes team who lie fourth in Ligue 1 and finished top of their Europa Conference League group, which included drawing 2-2 at home with Tottenham and being handed a 3-0 win by UEFA for the reverse fixture after it was called off following a Covid outbreak in the Spurs camp.

Rodgers has described it as “arguably the most difficult tie we could have had” while stressing his confidence his side can cause Rennes problems.

Leicester, 12th in the Premier League, have won four of their last five matches in all competitions after being winless in the five before that.

Rodgers said: “We want to finish as high as we can in the league and go far as we can in this competition. I think over the last number of weeks the performance level has definitely improved.

“I think the trust in the team is back with each other again, the work rate, the mentality.”