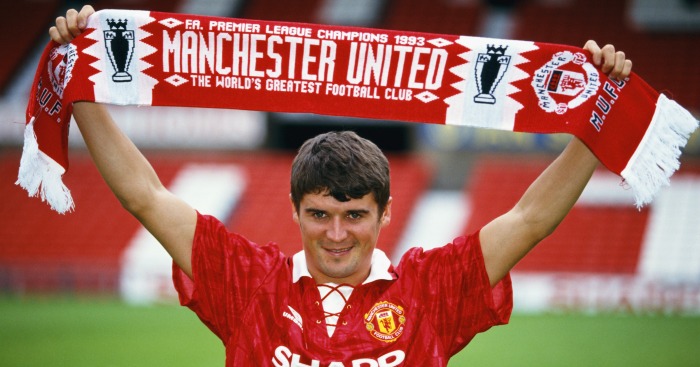 For all the (perfectly understandable) amazement about Alexis Sanchez’s wages and signing-on fee at Manchester United, it’s worth remembering that this club has higher revenues than any other football club in the world.

In fact, as journalist Nick Harris tweeted on Thursday, if United commit £180m to the Sanchez deal over four-and-a-half years (that’s transfer fee, wages, agent fees and signing-on payment) it would still only equate to 5.3% of their turnover for that period. The conclusion is that United can afford to do things that we might consider ludicrous.

That raises an interesting question. It’s hard to get all the details for signing-on fees and wages, but in terms of transfer fees, who were the most expensive Manchester United players according to how much money the club had? So we made a top ten, without a Sanchez to be seen:

It’s impossible not be a little disappointed in how Anthony Martial’s move has worked out thus far, particularly when you look at the progress in Kylian Mbappe, another wide forward graduate from Monaco. Perhaps it is an issue of confidence, not seeing eye-to-eye with his manager or just struggling with the inevitable lull after a rapid rise, but the arrival of Sanchez could hamper his chances of regular league starts. Let’s hope not, because on his day Martial is a wonderfully vibrant player to watch.

The boy who made it big. Yorke grew up as one of nine children in a two-bedroom house in Tobago and endured both poverty and a physically abusive father. He was spotted by Graham Taylor on an Aston Villa tour of the West Indies and became one of the most prolific and popular strikers in Premier League history. He scored 48 times in 92 league games for United, winning three league titles, an FA Cup and the Champions League in just four seasons.

The only year represented by more than one transfer in this list is 2001, when Van Nistelrooy was signed for 13% of Manchester United’s turnover and yet wasn’t even their biggest signing of their season. Van Nistelrooy’s scoring record was extraordinary at Old Trafford – 95 goals in 150 league games – and yet his five-year stay brought only one Premier League title. Some would say that comparative drought was at least partly due to how United played through him.

Not a disaster, given that Manchester United eventually got £44m back for Di Maria, but there is a strong sense that they just got played in the whole deal. Di Maria wanted a move to Paris, but with PSG and Real Madrid unable to agree a fee – and with PSG worried about looming Financial Fair Play problems – United stepped in. Di Maria played dreadfully for most of his time in England, and then jumped at the move the following year. Manchester was merely the stopgap.

My first memory of Roy Keane is him scoring at Meadow Lane against Notts County, and realising that this was a special player. By the time he had moved to United for a British record transfer fee, Alex Ferguson already had ideas about turning an attractive central midfielder who enjoyed surging forward into the most complete midfielder in Britain. There is nothing that man couldn’t do, and that includes sticking things *up* your bollocks.

There is something pretty tragic in Newcastle United’s £20m bid for Wayne Rooney in August 2004 given that, over 13 years later, it would still break the club’s transfer record by £3.2m. In the end, Newcastle missed out to United, and Rooney may well consider that to have been a very good thing indeed. The decline has been painful to watch, but the rise was sensational.

That United can buy their first-choice central defender (Eric Bailly) for almost an identical price to the one they paid for Rio Ferdinand in 2002 shows just how sure Alex Ferguson (and, let’s face it, everyone else) was about him becoming one of the best central defenders in Europe. Ferdinand broke the British transfer record twice before turning 24, unusual for anyone but unheard of for a defender. Six Premier League titles indicates that the value was never in question, despite his eventual decline.

“Veron is a f*cking great player, and you lot are f*cking idiots,” as Ferguson once insisted; it’s a hell of a scouting report. Veron may well have been a f*cking great player, but we did not see his best in England. United made back £15m when selling him to Chelsea, but the pace of Premier League troubled Veron, who was better suited to Serie A. At 21.7% of the club’s entire turnover, this was a gamble that failed to pay off.

Planet Sport recommends: Find out which Manchester club Djokovic supports – and which Spanish giant is followed by Rafa Nadal. (Tennis365)