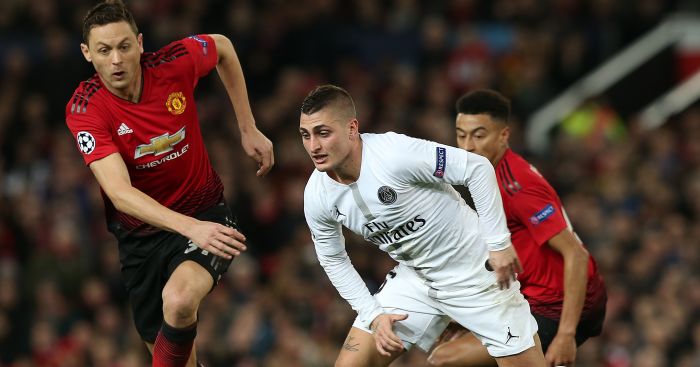 Marco Verratti thinks Manchester United’s victory over Paris Saint-Germain in the Champions League was a fluke.

The odds were stacked against them after losing the first leg – but United turned the improbable into reality in an extraordinary Parc des Princes clash, securing a 3-1 victory and progress on away goals.

Romelu Lukaku scored either side of Juan Bernat’s effort in a first half which had Ole Gunnar Solskjaer’s side dreaming, with the video assistant referee’s stoppage-time time intervention leading to a penalty that Rashford slammed home.

However, Verratti claims that if the match was replayed then PSG would triumph on nine out of 10 occasions.

“Maybe I’m more frustrated than others, but football is like that,” Verratti told Telefoot.

“We can’t have everything.

“The fans are disappointed by the elimination. I’m confident in this team.

“This match, if we played it 10 times, we would win nine. We must not change much.

“We have a great coach and some of the best players in the world with Neymar and Kylian.”