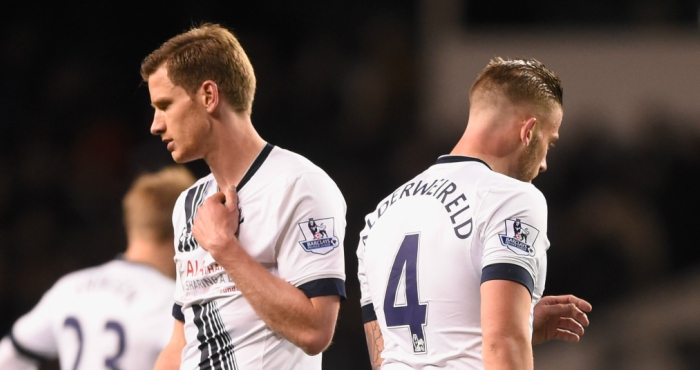 Jan Vertonghen says it is “disrespectful” to discuss his partnership with Toby Alderweireld at Tottenham.

The Belgian pair have formed one of the best central defensive partnerships in the Premier League over the last few seasons.

Alderweireld has featured less regularly this campaign however, with a combination of injuries and contract uncertainty keeping him on the sidelines.

Vertonghen has assumed responsibility at the heart of the Tottenham defence as a result, with Davinson Sanchez and Eric Dier standing in for Alderweireld.

Vertonghen is reluctant to discuss his partnership with Alderweireld, so as to not overlook the impact his replacements have had.

“Whenever we play we understand each other,” Vertonghen told Sky Sports News. “When I left for Tottenham, Toby left for Atletico [Madrid] and Southampton but we found each other quite quick after that, so no stress.

“We’ve been playing together for a long time and we know how to play together, but I don’t want to speak about this because it might sound disrespectful to whoever is playing next to me or next to Toby in other situations.”