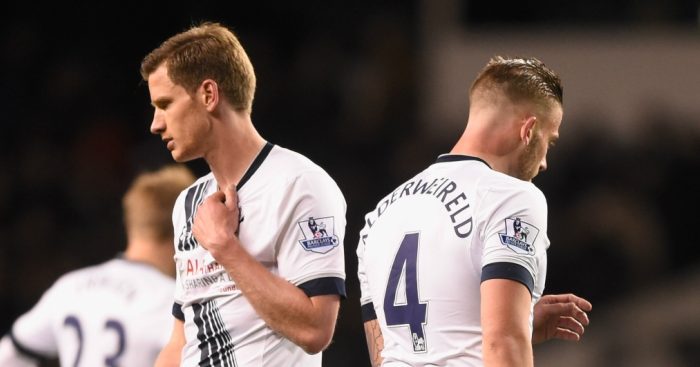 Jan Vertonghen has issued an update on his worrying contract situation at Tottenham.

Vertonghen has entered the final year of his contract in north London, with his deal expiring at the end of next June.

His situation has been rather overshadowed by teammate Toby Alderweireld, whose contract also runs out next summer – although he seems far more likely to leave.

While Alderweireld is wanted by Manchester United and even lost his place in the Tottenham starting line-up at one point as Mauricio Pochettino sought to avoid it becoming a distraction, Vertonghen’s future is just as pressing.

The 31-year-old has offered an update, suggesting that Tottenham will activate an automatic one-year extension at the very least.

“My contract is expiring at the end of the season, but Tottenham have an option to extend it with one year,” he said, according to Het Laatste Nieuws.

“I think they will take up the option. We’ll see what happens.”