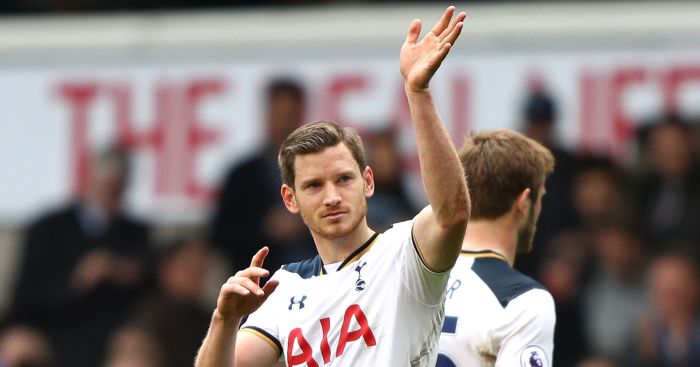 Tottenham centre-half Jan Vertonghen should return to former club Ajax one day, according to his mother.

Vertonghen left Ajax in 2012 to move to north London in a deal worth around £12million.

The Belgian has established himself as one of the Premier League’s best centre-halves in the intervening years, forming a solid partnership alongside compatriot Toby Alderweireld.

Now 30 and on the verge of becoming his country’s most-capped player of all time, Vertonghen might be considering his future at club level.

His contract at the club expires in summer 2019, and a return to Ajax has been mooted.

When asked what hopes she held for her son, Vertonghen’s mother Ria Mattheeuws told HLN: “That he can remain healthy and injury-free, so that he can go further on this level. And if he can not, maybe at a lower level.

“It would be nice if he could go back to Ajax, but if he doesn’t compete with Tottenham, why would it work at Ajax? With the national team I hope for a World Cup final in Russia, or world champion.”